Street Lab: what we are learning so far

How would Santa get around Cape Town? The answer probably says a lot about how you would. 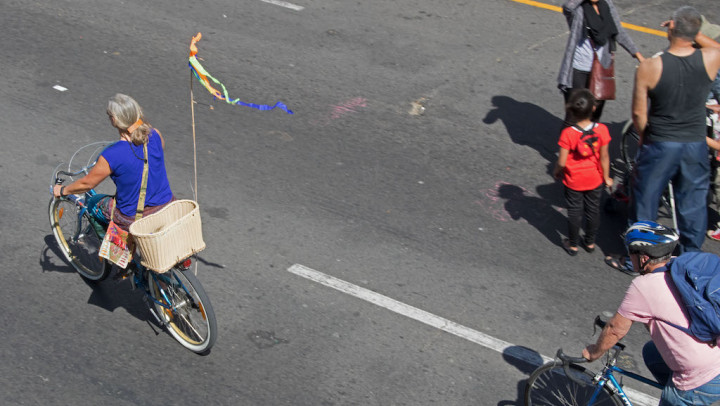 Over the festive period Open Streets, in collaboration with Behavioural Economics consultancy GMT+, asked people how they thought Santa would get around Cape Town.

Behavioural Scientists often talk about the relative accessibility of a concept. What they have in mind is simply the ease with which a concept comes to mind compared to others. If a concept – such as a travel option - comes to mind a lot easier and quicker than others then that concept is going to exert a powerful influence on what you decide (consciously or unconsciously) to eventually do. So, if the concept of a particular mode of transport is more accessible to our mind than other modes, then it comes to our minds quicker than others and, in all likelihood, that’s the mode we would pick to travel by.

With that in mind, when we asked people to guess a mode for a fictitious other person in a slightly made up scenario – Santa getting around Cape Town – what we were getting a measure of was the relative accessibility of certain modes of transport to others. In simplicity, people suggested the mode of transport which was most accessible to their minds – and the mode they were most likely to take themselves.

In this regard it’s interesting to note that the option picked most often, three times more than the next most popular answer, was Uber. While that’s great news for Uber, it is perhaps not so great for the cause of lower-carbon transport. Other options that people could have picked included bicycles, various means of public transport, and even the traditional option: “reindeer”. Uber beat them all by far. This suggests that when under pressure, most people think quickly and easily of Uber – and a car – as the solution to their problems.

This question was asked as part of the first exercise in a new initiative of Open Streets called “Street Lab”. As a result, it was asked of a very small  sample (34) and the results should be interpreted with a great deal of care. Open Streets and GMT+ will be interrogating the accessibility of transport modes in other surveys, among larger samples later in the year.

However, one thing we will also be trying to do is make sure that the concepts of lower-carbon transport modes become more accessible to people. Most people would agree that taking a lower-carbon, especially a non-motorised mode, where possible is something they would like to do. In many cases these options just don’t seem realistic to them. The idea is not accessible and so, not an option. Over the next year, we will be employing behavioural economics to help people see how these lower carbon modes are in fact viable options for meeting their own transport needs; to make the options that people would prefer to take become more accessible to their minds. To give them the options they need to be the people they want to be. One of the ways we will be doing this is through the Street Lab initiative. If you think that you would have picked Uber for Santa, but feel that that’s not how you would really like to get around our city, then we would invite you to join Street Lab, and come along for the ride.

Want to give your input on our water and transport? The survey we are currently doing on that topic can be accessed here.

Street Lab is growing and would love you to join! Join by signing up here.