On your own two feet

Improving walkability in African cities is essential for the rapidly urbanising continent, as it could help create health and wealth. 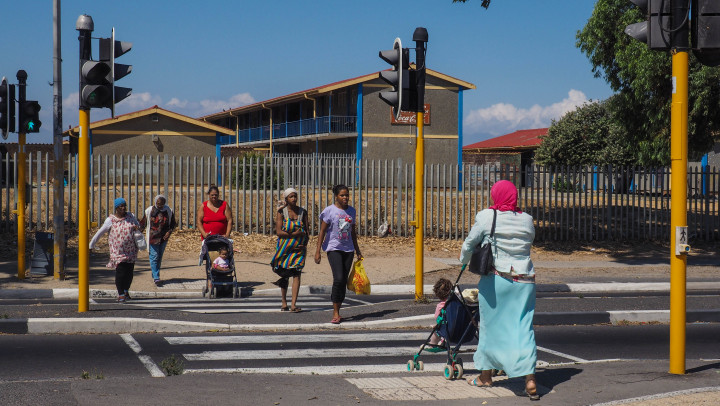 In an article published on 24 July, we stated: “Walking is popular in Africa’s cities, but not necessarily because their streets are walkable.”

In fact, the World Bank’s Walk Urban report says sub-Saharan African cities have the largest number of walkers. Engineering consulting firm Arup elaborates, stating more than 60% of all commute trips in that region are by foot.

For example, in Kinshasa, the capital of the DRC, an estimated 60- to 80% of travellers walk. Meanwhile, in Dar es Salaam, the largest city in Tanzania, about 70% of all travel is on foot or by bicycle.

Walking is clearly an important part of our daily lives, especially among lower-income groups. This creates many opportunities in addition to the obvious health benefits of an active lifestyle. In its Cities Alive: Towards a walking world report, Arup states improved walkability can “increase local retail spend, enhance the value of local services and create more jobs.”

Addis Ababa in Ethiopia and Nairobi in Kenya are two cities south of the Sahara that are accounting for this by building for a more walkable future.

In the former, sidewalks are already ubiquitous, unlike many African centres, as investing in pedestrian infrastructure has always been a priority for the city. As a result, Addis Ababa’s young workers are moving to neighbourhoods around new rail stations, where they can access shops and restaurants on foot.

In contrast, 50- to 70% of all traffic accidents in Nairobi involve a pedestrian, according to Amiel Bize, a Columbia PhD candidate who has been studying pedestrian safety in Kenya since 2010.

Things are looking up in South Africa too. Earlier this month, the City of Johannesburg completed its project to make the streets of Sandton Central more walkable. The district has new sidewalks with universal access and cycle lanes.

But will better infrastructure for pedestrians get South Africans walking more? According to a recent article in the Sunday Times, we take an average of just 4 000 steps a day, 20% less than the global average.

On 1 October, Capetonians will have the opportunity to experience what a more walkable Mother City could be like. Join us at Open Streets Main Road if you’d like to try to be more active!

Finally, we’d also like to invite you to follow us on Twitter next week as we keep an eye on the Walk21 conference in Canada. The event will bring together academia, citizens, policy makers, urban planners, and healthcare professionals to discuss how walking transforms rapidly growing cities.