Walking and talking 'in character' about key developments on Main Road

We played a role-play game to understand development processes and discuss how we can come together to make our neighbourhoods. 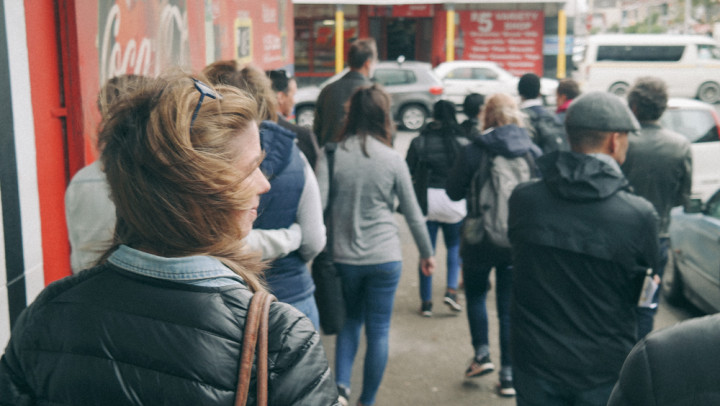 We hosted a ‘Talking Streets’ walk on Tuesday 14 November in partnership with Young Urbanists (YU). We met at the Woodstock Town Hall and the 2km route along Main Road included visits to two planned social housing sites on Dillon Lane and Pine Road, as well as private developments under construction at The Ironworks and Woodstock Quarter. We also discussed the management of Trafalgar Park, before walking back along the other side of Main Road.

Those who walked with us included local residents, built environment professionals, City officials, and others who work in the area. Facilitators of EcoDistricts in Portland, Oregon joined the walk during their week-long incubator programme with the City of Cape Town.

The Talking Streets ‘walk & talk’ programme (funded by the WWF Nedbank Green Trust) is one of our initiatives to incorporate the lived experiences and aspirations of those who use streets frequently. Our walk along Main Road followed the recent Open Streets Main Road on 1 October 2017, during which 5km of the M4 (specifically, Main Road, Victoria Road and Sir Lowry Road) became a temporary car-free space.

The walk was guided by an overarching question: How do we come together to make our neighbourhoods? We developed a role-play game in which participants were asked to come together in three stakeholder groups: 1) Government, 2) Residents and their organisations, 3) Developers and Investors. Each group was provided a character sketch and were asked to remain in character when prompted with key questions at the sites along the 2km route.

The characters were purposefully sketched as politically neutral in order to transcend the common stereotypes of agitated residents, greedy developers and non-responsive government. We know that the reality of development often times involves contestation and disagreement, but for the purpose of discussion, we wanted participants to think about the positive reinforcement that could occur when commitment to collaborative development is achieved. This inevitably requires local leadership to emerge. The characters were primarily framed around their motivations and primary fears.

Motivation: To see the improvement of the area for living and working and recreational use.

Primary fear: That an exclusive form of development will occur and leave many of the current residents behind and displaced.

Motivation: To deliver a quality product that meets the demands of the end user while making an expected return on investment.

Primary fear: That the development will stall due to interference incurring massive fees, reputational loss, and significant loss of capital (and potentially bankruptcy).

Motivation: To ensure a fair and transparent form of governance where opportunities and risks are fairly distributed across society while maintaining, improving and investing strategically to achieve societal improvement, poverty alleviation, and economic growth.

Primary fear: That negative market failures and community dissatisfaction will result in loss of political favour, poor management, and urban decline (which is very costly to turn around).

Woodstock is undergoing rapid redevelopment and a mix of uses including affordable housing, retail and commercial, higher end residential, upgrades to parks and government services precincts are planned and under construction. At each of the sites we visited, developments planned or under construction were outlined and characters were prompted with questions.

The participants in the developer / investor groups said they were concerned that there are very few platforms to engage residents without being vilified. Developers want to create high quality environments, but there does not seem to be a vision for this area.

“Even though we are developing we could end up being islands of development, and the safety issues would require greater increased cost and maintenance. We need to factor this into development or people don’t want to buy our units due to concerns about safety and crime and grime.”

The Government group argued that lack of departmental coordination results in lack of integrated outcomes. This group felt that government wants to be intentional about the development needs of residents, but the fear is that engagement will take too long and that developers will leave. So how do we keep developers at the table while meeting the real needs of the community?

Resident groups said their short-term concern was the lack of credible on-street data and recommended a community survey to assess their needs and start to catalyse them around planned improvements. A Community Benefits Agreement funded by government and developers could be a short-term contract with the community.

This agreement would also include a community business assessment in the longer-term hope that government and private investment will result in a conducive trading environment. This would ensure locals are integrated into the redevelopment rather than being displaced. There could be a significantly improved relationship with the community and get government and developers around the table talking about addressing these issues.

This was the first Talking Streets in the second half of 2017 series. Join us for Talking Streets Albert Road on Saturday 25 November when we will be discussing street design and universal access, and stay tuned for more! 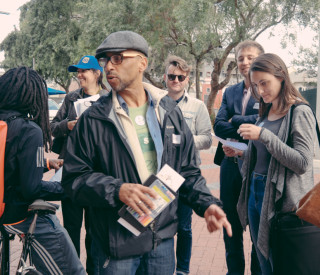 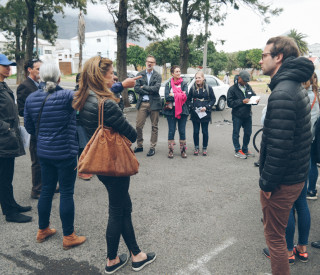 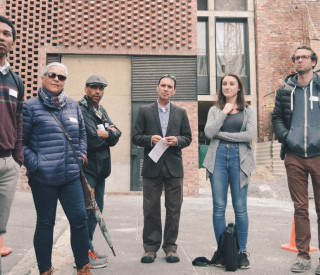 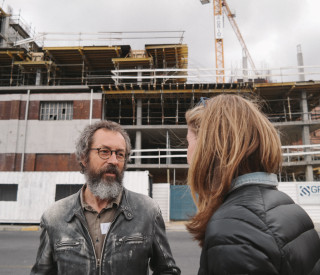 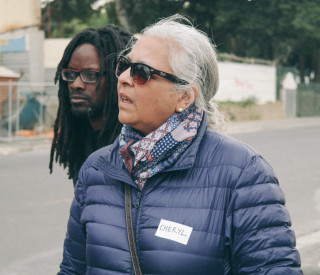 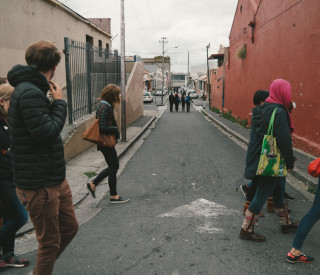 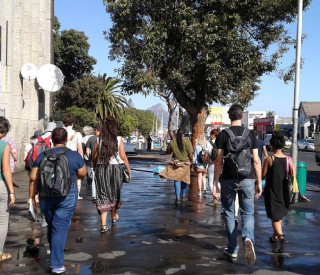 We are asking: How do we come together to make our neighbourhoods?
Read more