On Wednesday, 13 November, a dozen residents from Green Point joined us in our Talking Streets walk along Main Road. 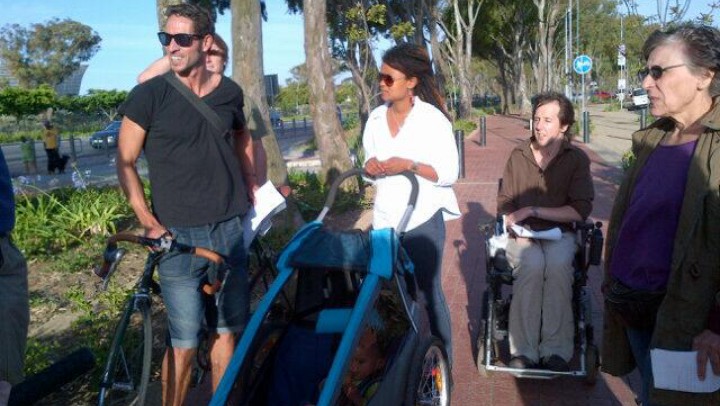 The idea of hosting an Open Streets day there has been tossed around given its location, alternative roads that could make traffic diversion manageable and the interest amongst residents. What became apparent on Wednesday; however is that opening Main is not only desirable but necessary. Unlike one would expect, the road is fast, loud and hardly any different from the highway that runs parallel to it.

When asked what words came to mind when walking along Main Road in Green Point, one of the participants said moving madness. What is madness -beyond the recent debacle around permits for cyclists taking over this space during the monthly MoonlightMass ride- is that such remarkable infrastructure was built with the desire to attract walkers and cyclists and yet the road next to it makes it so inaccessible and often threatening.

One of the issues discussed was the counterintuitive layout in which all shops are on one side of the street while all the parking is located on the other. We watched as people threw themselves onto incoming traffic in search of a cup of coffee; similarly, we observed how very few people made an effort to cross the road to walk on the Fan Walk and preferred walking on the less attractive sidewalk. An amazing infrastructure built to attract and cater to pedestrians profoundly underutilised because of a non-natural barrier: Main Road.

With an island in running across the middle of the road as the only traffic calming measure, participants highlighted the urgent need to have pedestrian crossings, reduce the current speed limit and create an environment where pedestrians are visible and dominant.  As Michelle noted If there was better pedestrian infrastructure, drivers are more likely to be aware and drive more carefully on Main.

Another interesting, yet discomforting observation was the level of noise one experiences when walking along Main Rd. Not surprising given the fact that, as highlighted by Philip, 18 car lanes separate Green Point from the ocean. The problem is not new and residents, we learned, have been engaged in discussions about changing the status quo. The day after the walk, Luke shared an image he designed of a how Main Road could be opened permanently. The agenda is already in place and residents have been working on it; we hope Open Streets will simply build on that.

For the time being the group agreed to explore the option of having an Open Streets day and this week at the upcoming AGM, we'll be sharing the experience of creating Open Streets in Obs and Salt River. The first step as always is to walk and talk the street then a lot of work follows but as we have experienced in the past inevitably all roads lead to Open Streets. 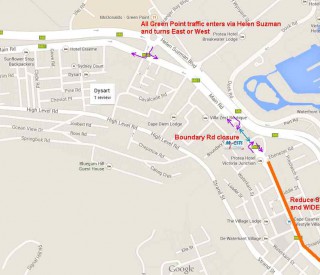 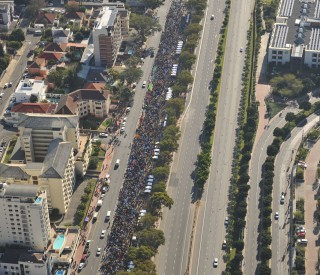 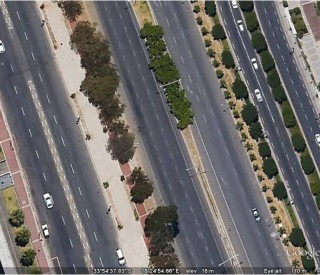