We aim to help instil a culture that embraces two-wheel transport as a fundamental part of city living, whatever the weather. 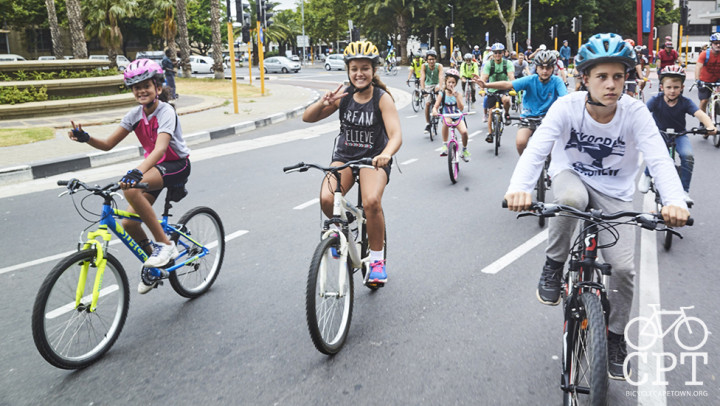 Sunday’s Cycle Tour was to be a celebration of 40 years of the event. Instead it served as a reminder of the challenges of Cape Town’s geography, and that mother nature always makes the final call when it comes to outdoor activities. Open Streets Days are no exception, of course, although we have been lucky so far ...

When the organisers announced the Cycle Tour’s first cancellation in its history, it was a disruption of sorts for cyclists. The thousands who turned up had to admit defeat to the elements. According to Eyewitness News, “high winds coupled with protest action and fires in Hout Bay were all contributing actors in the decision to cancel.” Pedal Power Association supported the race organisers’ decision, saying: “Cyclists and their safety should always come first.”

While it is disappointing we couldn’t enjoy our yearly “über open streets day” and that the route went back to “normal” with little fanfare, it is heartening that some good came of the cancellation. Race sponsors Momentum and Pick n Pay donated all their hospitality food and drinks from stop points to people affected by the fires in Hout Bay. This is certainly in the spirit of an event that has been so much more than a race since day one.

Its 40th anniversary, though it never took place, also reminded us of its humble beginnings. Did you know, two friends – Bill Mylrea and John Stegmann – conceived of the Cycle Tour to prove there was an appetite for cycling and cycle lanes in 1970s Cape Town? This was around the same time Ciclovía started taking place in Bogotá, Colombia. It seems that in the 70s a global consciousness around cycling took hold in cities around the world. And, though at the time Cape Town and Bogotá were not even aware of their camaraderie, decades later we can build on the power of both concepts and work towards 365 days of cycling a year ... or at least as many as nature will allow.

Today, while there are almost 300km of dedicated cycle paths in Cape Town, commuter cycling is still not widely practised. Open Streets is not going to change everything, but we’d like to think it can meaningfully contribute towards a future of cycling. So, with the wind at our backs, we continue to do our thing.

We hope to see you at Open Streets Mitchells Plain on 2 April. For details, click here. Even better, you can cycle to Mitchells Plain that day... consider joining the Plainsman Bike Bus which departs from Palmyra junction at 10 am. More details here.

We’d like to leave you with the below tweet from the Dutch consul general in Cape Town, Bonnie Horbach: 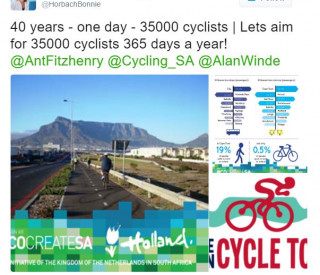