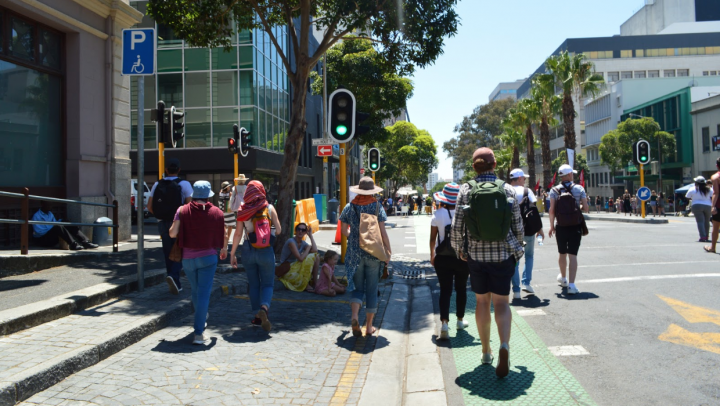 On Sunday 27 January, a group of street users gathered on Bree Street to be a part of Talking Streets City Centre. Bree Street presents a good case study for trying to understand how different street users interact as it is a hotspot for multi-modal transport in the CBD. Restaurants, hotels and businesses all draw foot traffic, buses and cars, and the prominent bike lane attracts cyclists traversing through the city. Although Bree Street was designed to support the different needs of diverse modes of transport, the intended behaviour of the street users does not always play out in reality. The current interactions between different modes of transport often creates an unsavoury environment for particular street users.

The Talking Streets street users gathered at Heritage Square to begin the journey down lower Bree in search of answers for why different transport modes have points of friction in shared street spaces in the City Centre. The walk was led by Gail Jennings, an independent researcher, cycling activist and long-time friend of Open Streets. Gail’s research background includes behaviour-change communication, public health and sustainable mobility, with a focus on transport systems, transport behaviour, social justice, and citizen activism.

The session was  called “confessions of a street user” as the participants were encouraged to be open and honest about how they behave in streets, how they perceive others street users, and what they would like other street users to know. At the start of the walk, every individual was assigned a tag representing their ‘street-user status’, in order to facilitate the conversation between different types of users. 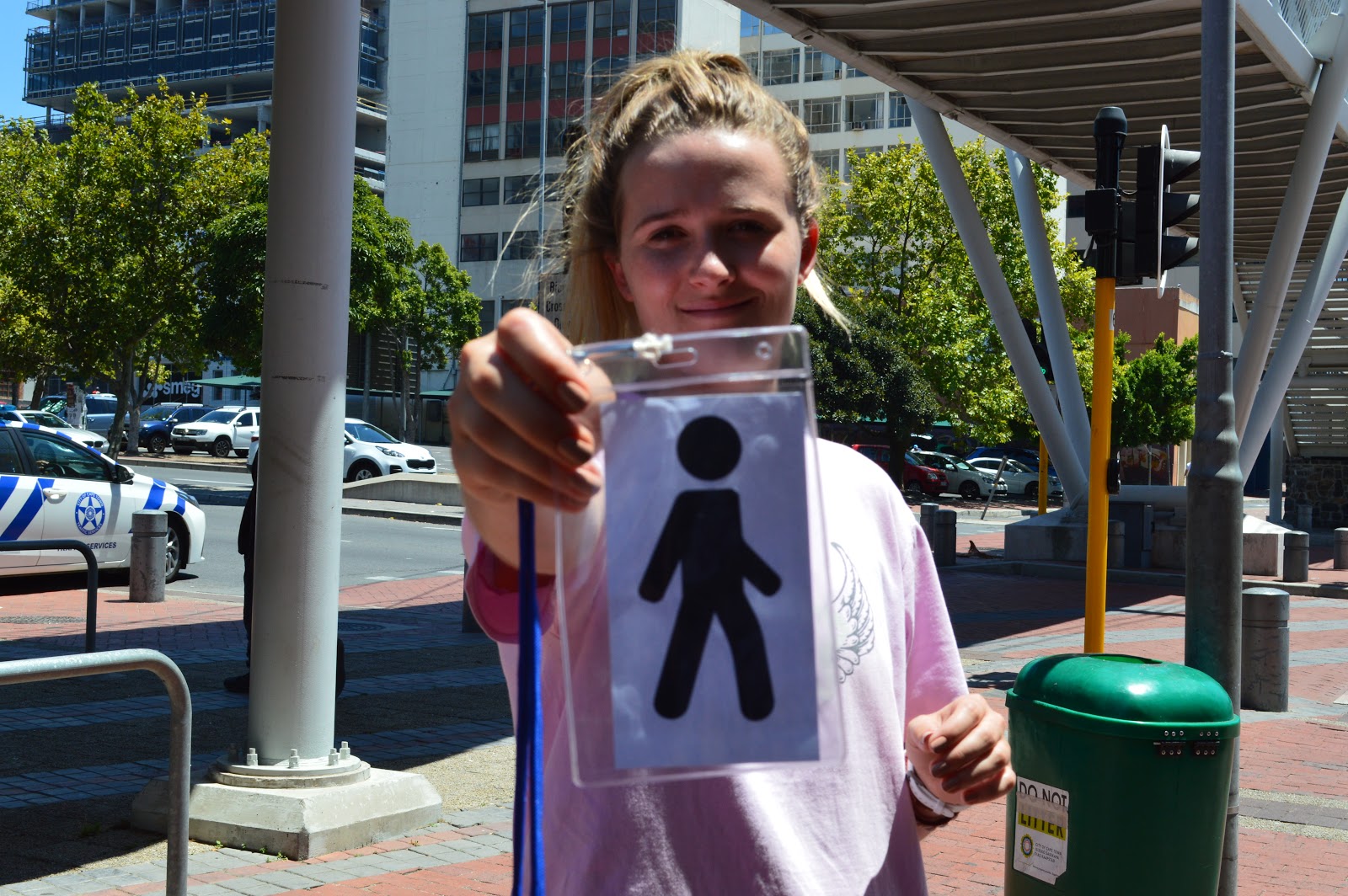 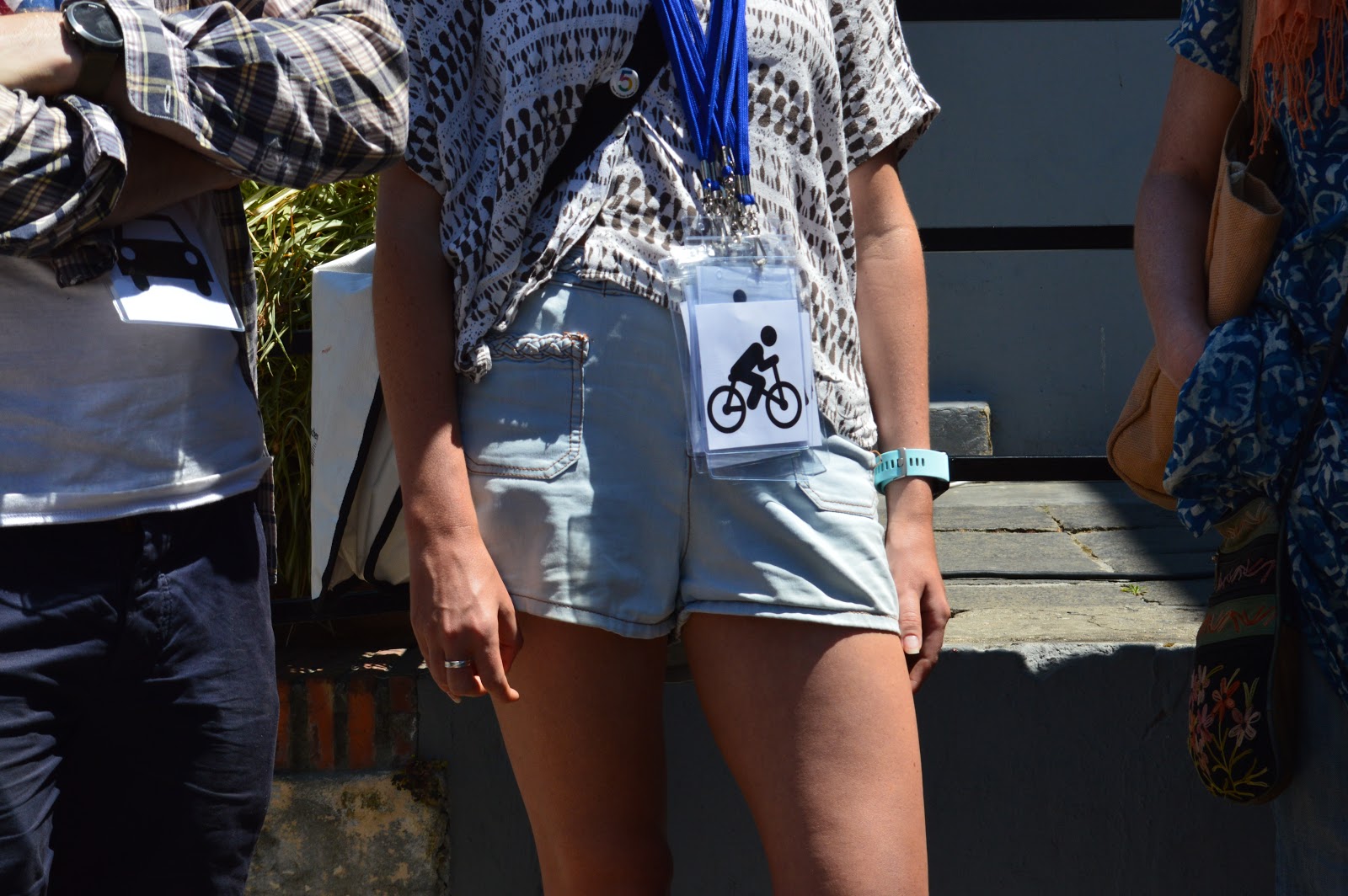 The group consisted of all types of users, including private vehicles, bicycles, e-hailing, taxis, and pedestrians. In order to ensure that we were able to reflect the diverse needs of user typologies, we also provided tags for variations of certain modes, such as ‘mother with a pram’,  ‘businessman’, and ‘private vehicle for business’.

As the group wandered along, the street users shared their grievances with other modes and talked through some of the common conflicts. Although the Open Streets Day painted a harmonious picture of Bree Street, the participants were well aware of the clashes that occur there on a regular day. The discussion probed answers for surface-level questions such as why cars park in the cycling lane, why pedestrians walk across busy roads, and why cyclists do not use the infrastructure on Bree Street. This led to looking at the more deep-seated thoughts around what different street users need and how shared space is defined and designed in Cape Town. 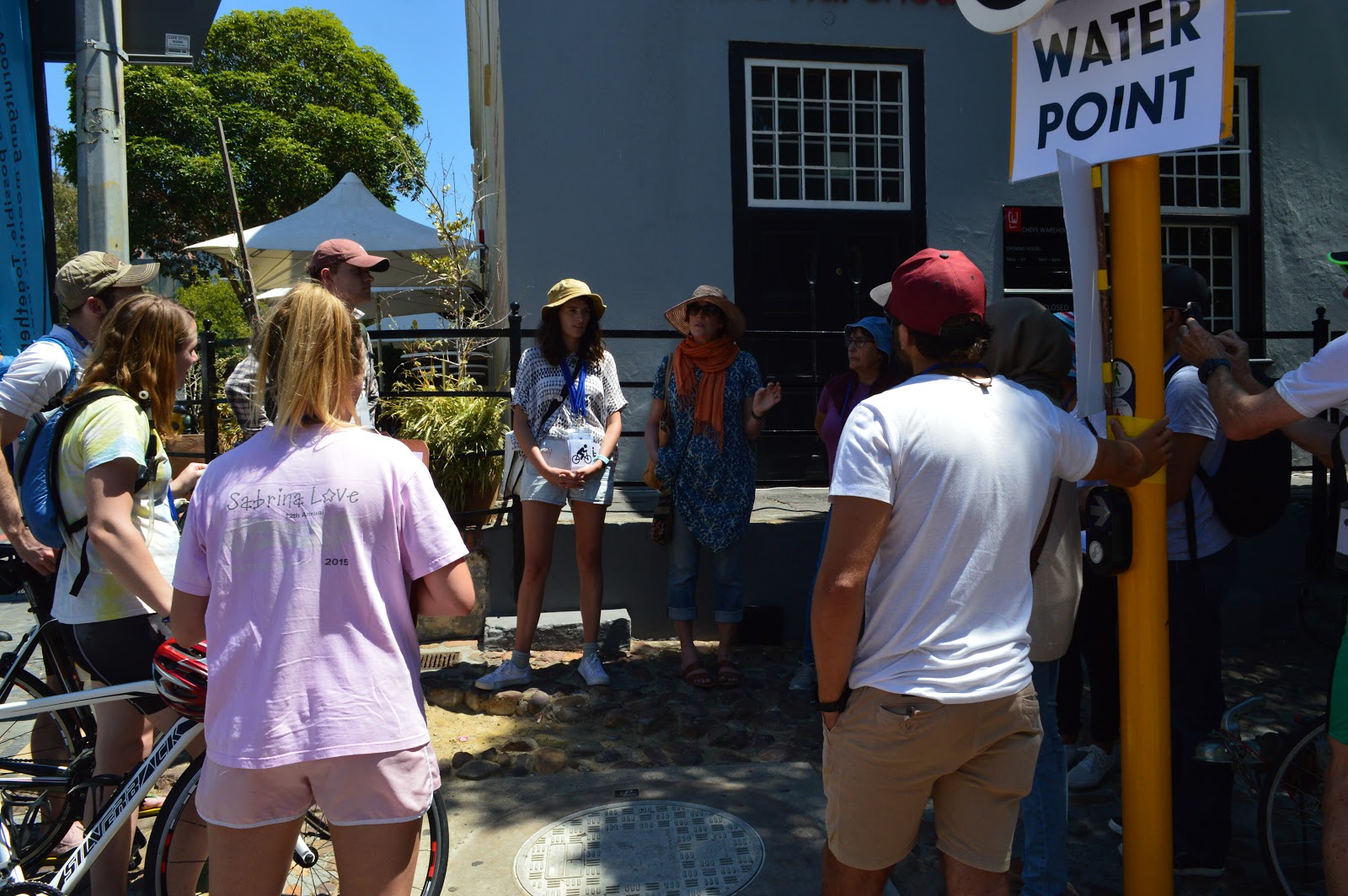 It became clear that although street users may have opposing opinions and conflicting behaviours, the mobility challenges are often rooted in the same causes.

Although some of these challenges are characteristic to the nature of shared spaces, many of the supplementary factors could be averted if simple changes were made or considered. Talking Streets really opened up an important discussion around the behaviour of users. This information is vital if streets, as shared spaces, embody respect, and help bridge the social and spatial divides of our city. 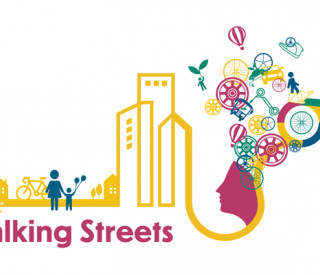