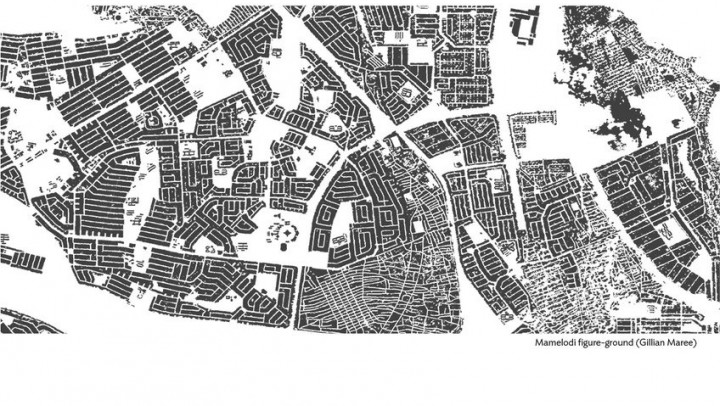 On 5 April we took part in a symposium hosted by the Gauteng City-Region Observatory which assembled a variety of urban actors ‒ academic researchers, students, activists, planners, architects, theatre practitioners and others ‒ to present their work around the subject of ‘Taking Streets Seriously.’ A series of fascinating themes were explored by an engaging group of presenters, including Street Traders; High Streets; Practices of the Street; Transport, Old and New; The Over-and the Under-designed; and Users at the Margin.

We started with a reminder that it’s generally hard work to change streets, but they do sometimes change incredibly fast; followed by an important question:

What does it mean to ‘take streets seriously’?

Underpinning a lot of the day’s discussion was the idea that streets are, as described by GCRO researcher, Mamokete Matjomane, “places of contestation...lived spaces shaped by everyday users”. In discussion, one participant noted that “we still have a very Eurocentric view of cities as structured and ordered, but they are moving out into the street and informality.” Another commented that “in South Africa, the state is strong enough to drive informality to the margins (literally and figuratively), but not strong enough to implement intended policies and support services,” which is especially evident when looking at street trading.

Dennis Webster from the Socio-Economic Rights Institute of South Africa (SERI) spoke of ‘Street Traders’ as an integral part of the experience of the city and that they occupy an important position in public space with “permanence and durability... Informal traders create their own order in the chaos of inadequate regulation and support”. Yet, as noted by Li Pernegger, street traders are often seen as criminal and anarchist. There is a huge need for economic, social and political support for them; but the reality is a lack of infrastructure and services that results in their increased vulnerability. The question was raised whether there might be a lack of vision for how streets could be more conducive to the purposes of traders in Joburg. To this, Webster stated that there is a vision, but it has gaps and has been largely determined in the interest of maximising vehicular traffic flows rather than livelihood opportunities.

Another interesting theme was the concept of ‘High Streets.’ In this regard, Wits student Romane Butin presented a case study of Gwi Gwi Mrwebi Street in Newtown, and her thesis that certain shops there can be considered as informal public spaces between the traditionally public and private spheres; drawing on Henri Lefebvre’s conceptual triad of the production of social space (perceived spatial practice (in routes, networks, patterns); conceived representations of space (by planners and technocrats); and lived representational spaces (by users and inhabitants)).

This was a great forum for us to present our Open Streets work, during the session on ‘Practices of the Street.’ Our flagship programme, Open Streets Days, can be described as a temporary ‘suspension of reality,’ creating a space where streets are reimagined to prioritise people and embody the principles laid out in our manifesto. The symposium also served as a chance to share some of our other projects as well as key questions we are grappling with about how to reimagine streets on a more regular basis.

It was exciting to learn about a community initiative doing just that; the Brixton Community Forum. Through neighbourhood events such as alleyway film screenings or collaborative mural-painting, this group of residents have been strengthening their community and creating a “safe, liveable place for all.”

Also, in relation to the very car-centric design of our streets in South Africa and as part of the module on ‘Transport, Old and New’, Tracey McKay from UNISA pointed out that you get the kind of street or road you plan for, and we plan for cars not for people. Moreover, Dr Bonolo Mathibela, a research scientist at IBM, presented an interesting case for bringing back electric tramways to Joburg’s streets. In addition to helping ease public transport demand, she highlighted the benefits of trams in taking back space from cars and creating more pedestrian-friendly streets. Wits Postdoctoral Research Fellow, Njogu Morgan, showed how we can learn from history and compared dedicated cycle lanes in 1930s Springs with current efforts to roll out cycling infrastructure. He highlighted the socio-technical aspects of this process and how the various elements of an integrated transport system take time to come together.

Finally, the symposium finished off on an appropriate note, reflecting on ‘Users at the Margin.’ If we want to ensure that streets are enabling and encouraging public life for all, the most vulnerable users must be given priority in planning and design. Thokozani Ndaba, theatre practitioner and human rights activist, spoke about the crucial role streets have played in South African history, as a stage for both the oppression of black people through apartheid law enforcement, as well as key moments of the anti-apartheid struggle. Streets continue to be a vital platform in our cities, and we are excited to see the excitement and energy generated by the gathering of this group of fellow street enthusiasts.