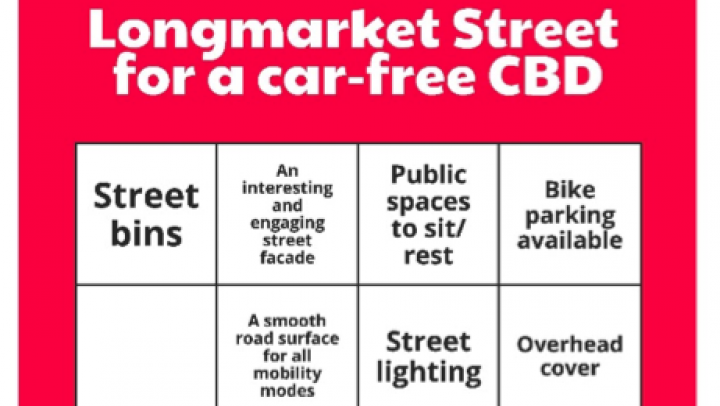 On Saturday 4 February, we hosted 10 “car-free CBD” enthusiasts on Longmarket Street. The group met at the intersection with St George’s Mall.

We chose Longmarket Street because:

While walking along Longmarket, we played “car-free CBD street bingo”. This game required participants to mark off the items or design attributes they identified on the street that matched what was on their bingo card. It allowed everyone to learn about the features a car-free street would need and to be aware of whether Longmarket Street has these already. Pictured is example of the cards we used.

The good news is that most people could shout “bingo!” by the end of the walk, letting us know that Longmarket Street is somewhat equipped for pedestrians. However, there was a clear gap in the provision of non-motorised transport facilities.

As the morning concluded, we discussed what we had experienced and engaged with along the street. Here is some of the feedback:

This Talking Streets walk marked the beginning of a series of events that look at the development of an Open Streets network in Cape Town while promoting low-carbon mobility. We hope you will join us for the next one. 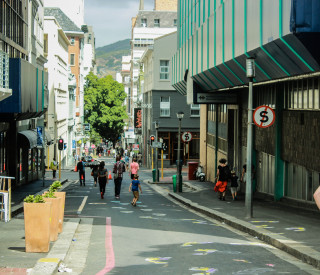