We have just finished up analysis of our most recent monthly Street Lab survey, run from 25 January to 25 February, and some interesting results emerged! 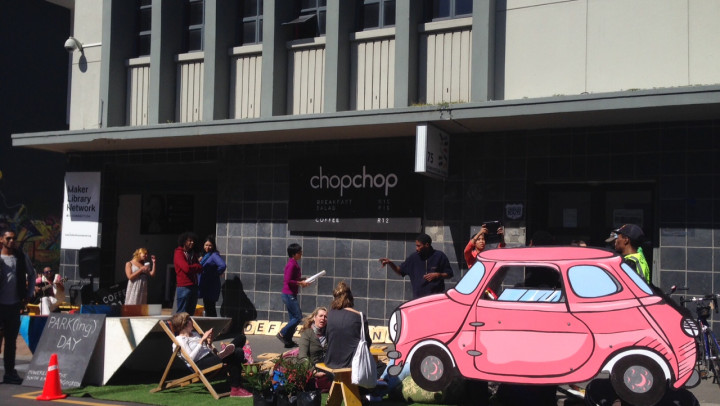 The first one we wanted to share is something interesting we learnt about Street Lab members themselves.

What is Street Lab?

Let’s set the scene. In this survey, we had responses from 41 existing Street Lab members and an additional 70 responses from non-members. Happily, 40 of these non-members opted to join Street Lab, and have been emailed their personalised feedback and invitation to March’s survey.

One thing that is close to our heart at Street Lab is helping people move to lower-carbon forms of mobility, especially non-motorised transport such as cycling or walking, which are healthier for us and for the environment. For many of us, that journey begins with taking fewer car trips. So, is Street Lab helping people do this?

Well, we think it’s too early to tell for sure. However, some patterns emerged in this survey. This includes the one summarised in the graph below. That graph shows that Street Lab members took fewer car trips in the seven days before answering the survey than non-members did. Now, that’s already interesting in itself. But it does beg at least one question, which is: is this because Street Lab attracts people who are just more likely to make fewer car trips anyway? It is essential to have an answer to that question before we can confidently say, one way or another, whether Street Lab is helping people take fewer car trips and move to lower-carbon forms of transport. 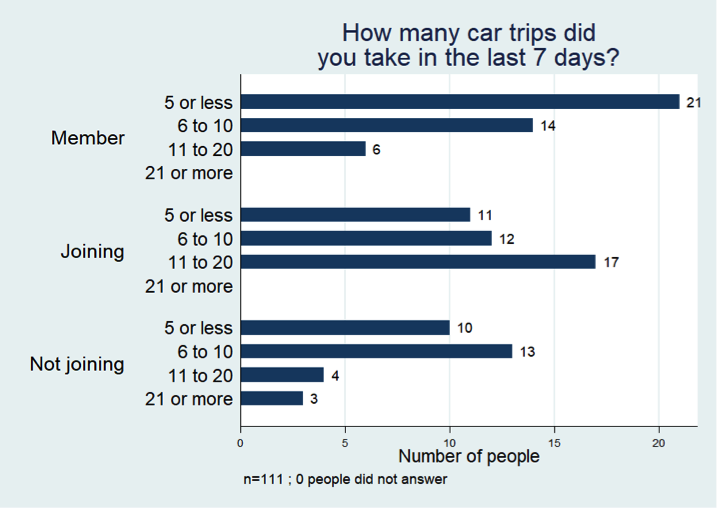 Now, again, we think that it is too early to tell whether Street Lab is in fact helping people to take fewer car trips. There is a whole lot more we need to do before we can give a definitive answer to that. However, the data that has begun to trickle in suggests that there is little difference between people who decide to join Street Lab or not. But once they have joined, it does seem that they take fewer car trips. So, while we won’t be taking that to the bank just yet, it does give us hope.

Want to be part of Street Lab? It entails receiving a five-minute transport-related survey once a month. Join here.