Start Sunday's Car-Free Day on the right vehicle: a bicycle!

Cut your commute. Get on the bike bus, starting with #OpenStreetsWoodstock on 28 October 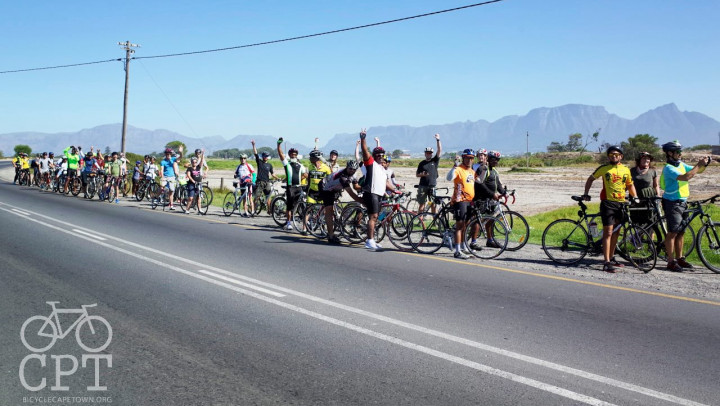 If you live and commute in Cape Town, it’s likely that you’re one of the thousands who spends up to 42 minutes in congested traffic every day. That equates to 49 hours a year.

What would you do to win that time back?

Transport Month comes to an end on 31 October. It’s the one time of the year when transport in our cities is a dedicated topic of conversation. But thinking about our transport choices doesn’t have to be contained to just 31 days. Cape Town is ranked as one of the most congested cities in the world. By changing the way you move around the city, it becomes possible to change the way your city moves. As the saying goes: you’re not in traffic, you are traffic.

The concept of a ‘Bike Bus’ (a group of cyclists riding together along a set route) is not ours and it’s not new; however, in Cape Town it is still a rare ‘vehicle’ to spot on our streets. For years, we have worked with Bicycle South to get people to cycle to Open Streets Days and have seen up to 80 people cycling more than 50 km together (specifically from Claremont to Mitchells Plain in 2016). Earlier this year, we turned our attention to daily commuting and in collaboration with Pedal Power Association, Bicycling Empowerment Network and Bicycle South, started to challenge people to travel to work on bicycles in the #Bike2Work bike bus on one Friday a month. Cycling in a group makes the two-wheel commute safer and more pleasurable. They’re growing in popularity, and more people are joining on the routes from Claremont, Gugulethu and the Northern Suburbs. In October, during Transport Month, we’ve been running the #Bike2Work bike bus every Friday.

Why not join a bike bus this Sunday, too?

On Sunday 28 October, Open Streets Day Woodstock kicks off the 2018/19 Open Streets season. Open Streets Days are all about experiencing the city’s streets as they could be - without cars, and for people. Getting from A to B on a bicycle is one of the best ways to do that. So we’re inviting you to join the bike bus from Muizenberg to Open Streets Woodstock.

A bike bus is a safe, fun and healthy way of cycling from A (your home) to B (Open Streets Woodstock) with a group of friends and new people, using a set route. The ride will be led and marshalled by a group of trained bike bus marshals to ensure safety and a great experience for all riders.

Novice riders are welcome, but please note that only kids from the age of 13 may join, and they must be accompanied by their parents.

Like previous Bike Buses to Open Streets Days and the #Bike2Work campaign, this is a collaborative effort between Open Streets, Bicycling Empowerment Network, Pedal Power Association and Bicycle South to encourage the public to change how they commute by using low carbon transport when moving around the city.

What do I need to bring?

Knead Bakery, Muizenberg departing at 08:30 am. Check the route map here and register here. The bike bus returns to the Southern Suburbs at 1:00 pm. The bus will have pick up stops along the route at:

The bike bus to Open Streets Woodstock presents a great opportunity for participants to test their ability to ride in a group and possibly join the #Bike2Work bike buses which take place every Friday.

Participants are encouraged to take pictures and tag us using #OpenStreetsWoodstock hashtag.

For more information about the bike buses, you can contact Sindile Mavundla on 084 551 2053 sindile@openstreets.co.za 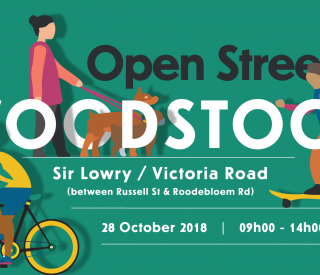