Reflections of an Open Streets volunteer 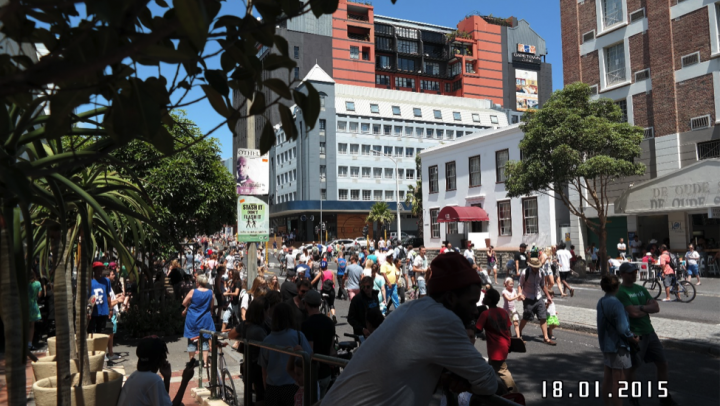 I am a volunteer for Open Streets Cape Town. I came across the organisation on the SANGONET (South African NGO Network) website, and when I read more about what the organisation did, I became interested in contributing my time and learning more about Open Streets. The manifesto resonated with me, and I felt that I wanted to be a part of this social movement that brought people together by reclaiming public space. Over the past few months I have engaged with board members, staff of Open Streets and volunteers. I have found the energy, insights and commitment of these individuals to be very inspiring, insightful and stimulating. Amongst all individuals involved, the thing I find most inspiring, is the desire to create a better now and progress towards a brighter future through bringing people together in a common space.

I took part in collecting and analysing data for the Bree Street Open Streets that was held in January this year. I strolled up and down the street to get a feel for what was to come. This was a relaxing and rejuvenating experience as Bree Street was quiet, sunlit, smelled of clean fresh air, had no cars and was starting to become full of people who were there to have a relaxing day. As the day progressed, the street was starting to become full of people, and I resumed with my volunteer duties. I observed and experienced many wonderful things. I was able to draw with chalk on the road, meet new people, meet old friends and was privileged enough to see people doing normal things. There were individuals skateboarding, cycling and rollerblading freely (something I have never seen on Bree Street). I also observed people walking up and down the street participating in the many fun activities that were planned for the day. People were naturally curious to find out what how the Open Streets day would unfold, and from what I have observed, they seemed to enjoy the activities and the space that was created. I left Bree Street, that Sunday afternoon feeling happy, energised and in high spirits. I felt like I had a holiday. I shared my experienced of Bree Street with my colleagues, and spoke with excitement and encouraged them to take part in future Open Streets activities.

Media and press articles attempted to capture the feeling that was present on the day through articles and pictures. Bloggers shared their experience with their followers.  As a supporter of Open Streets I was excited to see that the organisation and the event was getting the necessary attention it deserved. It was really a job well done, or at least that's how it was reported. However, what was not often captured, was the dialogue of those who took part on the day. Recently I have been reading through the feedback of those people who attended the event on the day. I was blown away by the experiences they shared. The majority of comments that I read and reviewed related to the fact the event created togetherness, cohesion, a sense of community and it was a celebration of humanity. It affirmed what I felt and experienced on the day. I thought that, if I had read it once, it was by chance, but because I have encountered this feedback more than 200 times across different people who attended, then surely those people experienced the same thing I did on the day. In addition to that, the majority of people who completed the survey commented that they felt it was a safe place to be in, that they were able to express themselves artistically, and that it was a relaxing occasion. They also indicated that they loved the free space, the opportunity to meet others and to use public space creatively. For skaters, cyclists and rollerbladers it was safe and free space to utilise and enjoy.

Reading through the 355 responses by people who completed the survey made me feel energised once more. Reconnecting with Open Streets staff and volunteers and listening to their ideas, enthusiasm and willingness to contribute made me excited. Having experienced all that I have with Open Streets, and having read through the feedback of people who participated I was left with thoughts and insights that make me wonder about the state of affairs in our community. Those are:

Being part of Open Streets makes me realise that we need to change our perceptions. By changing our perceptions we can change our actions, and thus our social reality. Bree Street was made into a public space for all on the 18th of January, 2015. With more people participating and engaging with Open Streets and its mandate, we can create social tapestry that is unique, diverse, tightly woven and that symbolises our humanity. Join us in Langa on the 29th of March and feel enriched by the experience. 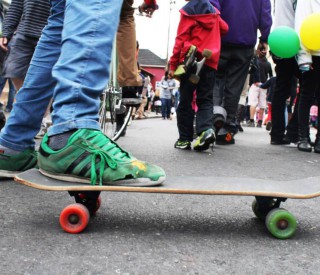 On Sunday 18 January 2015 from 9:00 to 14:00 Bree Street will look, feel and sound different. There will be no cars in sight. It will become Open Streets!
Read more