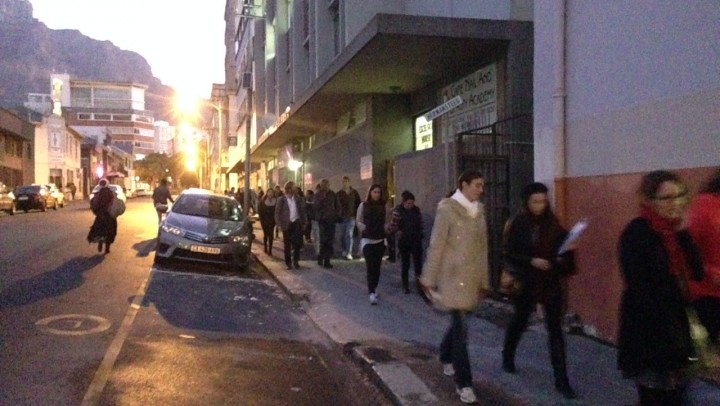 Streets, not unlike people, bear the scars of history and Harrington is most emblematic, having witnessed the pain of forced removals and today finding itself under profound transformation. Harrington Street is indeed a testing ground to defy a future solely determined by the forces of pure capitalistic development.

We started the walk discussing who inhabits this area. Surprisingly, only one of the participants actually lived on Harrington. Most were people who work in the area, students, or simply people with an interest in Open Streets more generally.

Participants were invited to think creatively about the space, by expressing one street wish for Harrington Street. There is clearly plenty of room to improve the street and ideas ranged from building wider sidewalks and installing increased lighting, to infusing the area with urban happiness; inviting people to do simple things like open their office windows and bring some activity to the street that they normally do indoors. There was consensus that there is a need for more interaction with the street space by those who inhabit the buildings.

The group from 75 Harrington went a step further and agreed to organise a soup day so we could get to know other people from the area around a table with a bowl of soup, and further some of the more basic ideas shared during the walk. An example of this is the desire to link up a local reflective wear company with the informal traders who return to the street in the evening with their mobile stalls - the trolley pushers - in a creative process to improve their visibility on the street with some sort of reflective gear.

It is not an easy space to navigate and the challenges are many. The dynamics amongst road users, all rushing in and out of the area, are often aggressive. Most importantly, Harrington Street is rapidly changing and unless we all partake in this process, it risks the danger of becoming yet another gentrified area, where the model of segregation in Cape Town is replicated. This is the challenge the final discussion raised in multiple ways to Open Streets as a programme that aims to help bridge the spatial and social divide in this city. How do we turn the Open Streets days into platforms that enable social cohesion in a sustained manner. The answers were not all there last night but the discussion highlighted the power of talking about the pain streets bear. Therein we may find our place in society and our role to change its future. 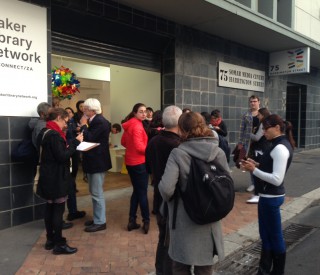 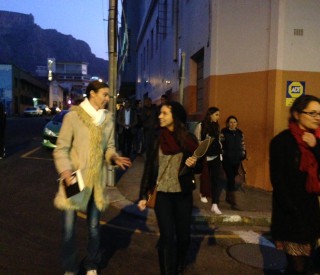 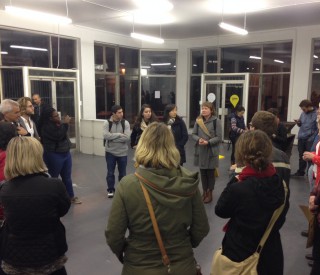 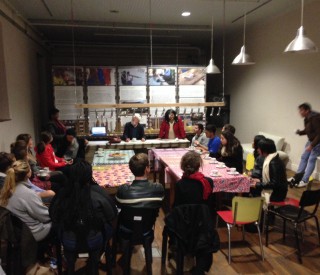 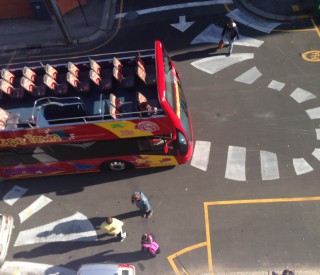 The Talking Streets series starts up again in June 2015. Join us for a walking exploration of Harrington Street, the home of Open Streets, to experience this changing area by foot.
Read more