A personal account by one of our team members as we continue on the campaign trail to create a regular programme and sharing our long-term vision for Open Streets in Cape Town... 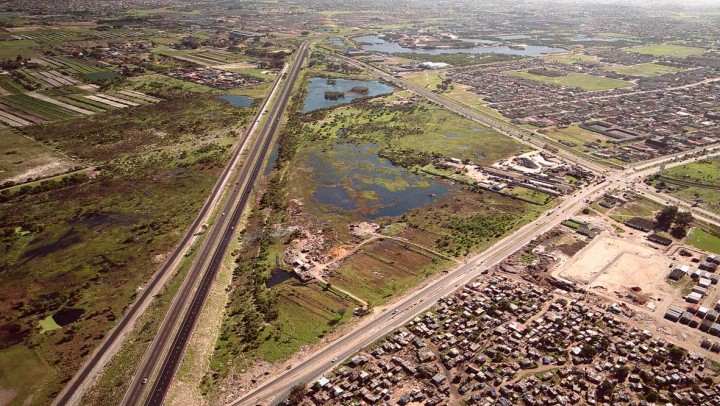 We were invited to present to Subcouncils 12 and 23 in Mitchells Plain this week. An irresistible invitation as we are working hard to raise awareness about Open Streets across Cape Town. The problem was getting there without a car. The sense of distance was only exacerbated by the bad reputation and although I don't miss an opportunity to advocate for public transport, I must confess I didn't have the guts to get on the train which would have left me just around the corner of where I needed to be.

The second best was MyCiti bus and so I decided to give that a try. Despite my best pedalling power, I missed the bus by 1 minute. I was impressed by the punctuality but even more impressed by the initiative of one of the staff members to flag down the bus as it was turning around to get onto the highway. I know that's against the rules BUT it saved my day and the bus had only two passengers so I'd like to think it was a good move on all fronts.

Then getting off at the wrong station because a well-intentioned woman suggested I would be closer to my destination. When I realised where I was, panic ensued. I even considered an Uber saviour but she convinced me I just needed to walk a few blocks and cross the train tracks. So I walked briskly and tried not to smile thinking that was the best way to seem natural (I know! the things we tell ourselves). The organisers of the meeting were slightly worried and sent someone to meet me at the station. I was embarrassed when I realised we were only a few blocks away but so thankful to have someone leading the way.

Arriving with my purple bicycle helmet and my colourful boots only added to the tourist picture; I had decided to embrace my identity for the day the brave foreigner who made an attempt to use public transport in Cape Town.

It would be a funny anecdote if it didn't jar so strongly with the work Open Streets is doing. We encourage public transport, human connection, proactive use of public space all the things that today felt scary.

We have a long way to go Cape Town but at least I can happily report that I made it back to the CBD in a taxi packed with passengers while humming to the tunes of the public transport saga soundtrack of this city.