Placemaking in the spotlight 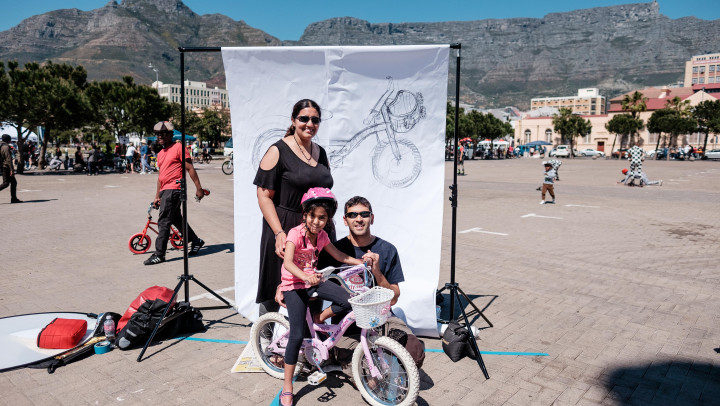 This week, our managing director, Marcela Guerrero Casas, is in Amsterdam attending and speaking at Placemaking Week, a Project for Public Spaces (PPS) forum for developing and sharing strategies to advance placemaking locally and globally.

On Friday, Marcela will be speaking on the joys and challenges of Open Streets in Cape Town. In addition to sharing the experience of growing the programme, we see this talk as an opportunity to elicit feedback on the possibilities of using placemaking techniques in, for example, linking up the Grand Parade and the Good Hope Centre, a clear challenge at the recent Open Streets Main Road.

Fittingly, this year, Placemaking Week takes place in Amsterdam, a city known for its people-centric transportation system and inclusionary public spaces. For an avid cyclist such as Marcela, it’s pretty much heaven! Follow her journey on the Open Streets Cape Town Twitter account and on her personal Instagram.

So what is placemaking exactly? According to PPS, Placemaking “inspires people to collectively reimagine and reinvent public spaces as the heart of every community”. It’s about “strengthening the connection between people and the places they share”. Read more on the PPS website.

Open Streets operates in the spirit of placemaking in that the movement seeks to get communities involved in shaping their public spaces, including streets. Our vision for streets is not prescriptive. Rather, in emphasising the function of the street as public space, we enable a platform for people to express themselves in any way they feel comfortable.

Additionally, we recognise placemaking is a concept coined in North America and Europe that we should not see as a one-size-fits-all formula. There are already placemaking approaches in our cities in SA, and the challenge is to both unearth them and find ways to grow their potential.

Know of any? We’d love to hear from you.

Photo by The Real City of Cape Town on 1 October 2017 at their portrait stand at the Grand Parade, Cape Town as part of Open Streets Main Road