Open Streets is crowdfunding our 26 October 2013 event with Thundafund and you!

Less than a year ago a small group of street fundis planted the seed for the Open Streets movement in Cape Town... 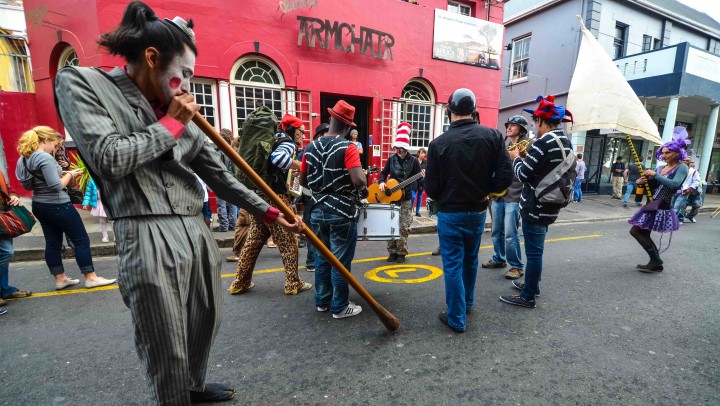 Since then we have co-created Walk-and-Talks in Observatory, Woodstock, the inner City, Langa and Khayelitsha; met with many, many officials, politicians and activists to talk about making our streets better than they are; and hosted our first Open Streets day, in Observatory, on 25 May.

Despite the challenges and lack of resources, we are still holding our dream of a regular network of Open Streets, integrating Cape Town's separated communities. It is clear, though, that we need help to do this and despite our fabulous group of volunteer Friends (thank-you!) we urgently need financial resources. We are working with the Observatory Improvement District towards another Open Streets Day on 26 October and together we need to cover direct costs - traffic cops, marshalls, food, signs, advertising, printing. But also perhaps even more importantly we have reached the stage where we want a funded coordinator who can help move Open Streets to the next level.

Thundafund is an Online Crowdfunding Cafe for Creatives and Innovators in South Africa. Launched in Cape Town in June 2013, the Thundafund team has since successfully launched 10 projects to the collective amount of over R250 000.

What is crowdfunding: Crowdfunding is revolutionising the way new ideas and innovative projects come-to-be across the Globe. It's picking up serious steam among entrepreneurs and organizations who are doing it for themselves alongside their communities. It allows project creators and amazing projects such as Open Streets, to engage with a large number of people (like you), who each pledge small amounts of money into a project or idea. In return, you receive an in-kind reward produced through the project itself.  These small amounts soon add up to the capital required, and the project becomes a reality.

Open Streets has an exciting range of rewards to choose from, such as:

The all important payment process:

You can back Open Streets and claim your reward by logging into the Thundafund website and backing the campaign by either of the following 2 options:

Credit cards, both Visa and Mastercard, are accepted. Through the established Mygate secure gateway, it is 100% safe.

With our stringent banking regulations, Debit Cards are not presently accepted through Mygate, but you can still make an electronic transfer.

You can also pay manually via an electronic transfer into Thundafund's 'Open Street's' campaign account. This 'holds' your reward for you and once the payment is confirmed, the Thundafund team completes your transaction, you will receive an email stating it to be successful and the funding total on the Open Streets campaign page goes up !

Can't contribute financially but still want to be apart of the action? Show us your support! Send our Thundafund link  www.thundafund.com/openstreets - to your networks, post it on your Facebook, tweet it, it even makes good chatter over a cup of coffee...

Together with Thundafund  the African Rainmakers , we want to raise a minimum of R40,000 by 18 October and we are looking to you, and your networks, to help us do it!

But our biggest reward is free to all and still to come - the Open Streets themselves.

Our official Thundafund campaign link is:

www.thundafund.com/openstreets. Don't forget, one of your most valuable resources is your own network of contacts. Please email, tweet and post to your Facebook friends, asking them to support this grassroots movement. Don't forget to include a link to our website so that your contacts know where to go. www.openstreets.co.za  Here's to the next step! 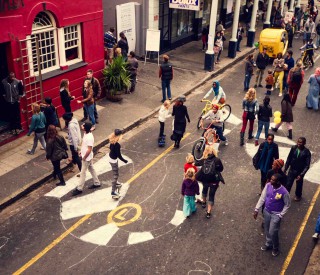 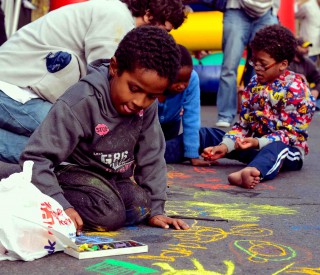 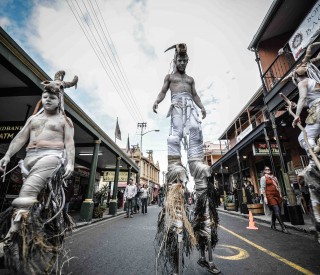 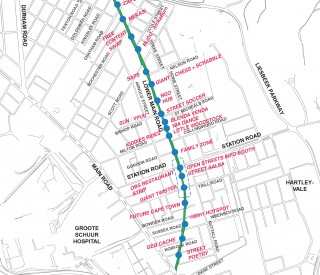 After the success of May's Open Streets event and the recent Open Street day in Langa, the residents of Cape Town will have another chance to enjoy car-free streets that are open for everyone to enjoy
Read more