OSCT speaks at the Cape Town Climate Change Coalition about our role in helping the city secure a more green future. 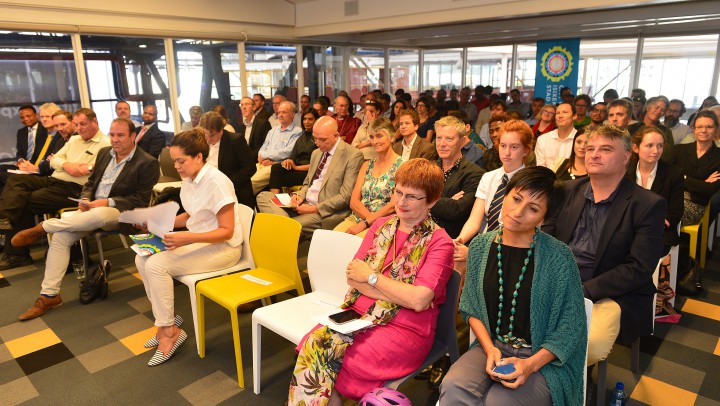 On Wednesday evening, the Cape Town Climate Change Coalition hosted a meeting to discuss Cape Town's role in responding to the UN Climate Change negotiations in Paris last December. These negotiations, otherwise known as COP21, represented a major step towards reducing climate change and its effects around the globe. The Paris Agreement, signed by all 196 countries in attendance, includes commitments to limiting global temperature increase and lowering global carbon emissions, among other objectives.

Wednesday's meeting included a number of speakers from local government - including Mayor of Cape Town, Patricia de Lille - business, academia, and Cape Town NGOs. We were invited to speak about the role of Open Streets in helping the city secure a more green future. Marcela Guerrero Casas, one of our co-founders and Managing Director, spoke on behalf of our team and described the ability of Open Streets to help build communities that can adapt to the challenges of climate change.

Additionally, Marcela spoke about Open Streets Days as community-building opportunities. The challenges of climate change cannot be solved by governments alone, and will require substantial community participation. Open Streets Days provide a unique platform for new methods of interaction and enjoyment that can help build strong communities. She described:

Streets are part of the fabric of our city, they're arteries, and they can be one of the key pieces of the adaptation puzzle when it comes to climate change. We all know that to respond to something like this, of such global proportions, requires strong and resilient communities, and Open Streets brings individuals together in a way that's very organic, that cannot be orchestrated. And when that happens, people start interacting, and it's really a magical kind of playing and interacting in public space.

In order to help the audience visualize the event, she included a two-minute look at Open Streets Bree 2016 (click to watch), to which many in the audience responded with excitement and enthusiasm.

Marcela noted, however, that the success of Open Streets is dependent on the inclusion of Open Streets Days into the culture of the city, instead of simply individual events. While it is surely not the only step towards helping Cape Town achieve a green future, extending Open Streets Days to more parts of Cape Town will allow more citizens to benefit from the experience and be exposed to the idea that streets could be more than what they are now.

She ended her presentation with an open invitation to collaborate with Open Streets and to attend the next Open Streets Day on Sunday, April 3rd in Mitchells Plain.

(For more information about COP21 and the Paris Agreement, click here) 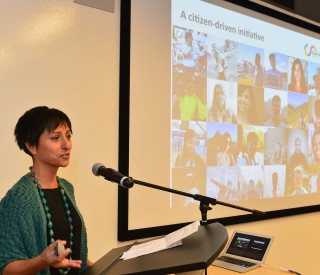 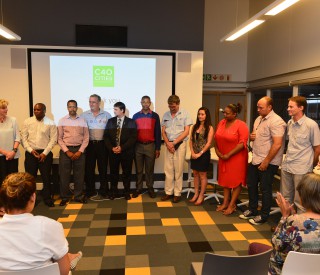 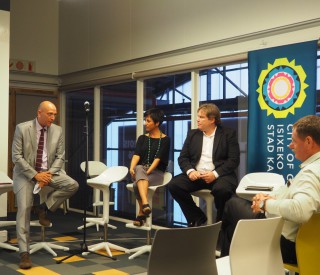