The Safer Streets for Children campaign is a collaboration between Open Streets Cape Town, ChildSafe and Safely Home 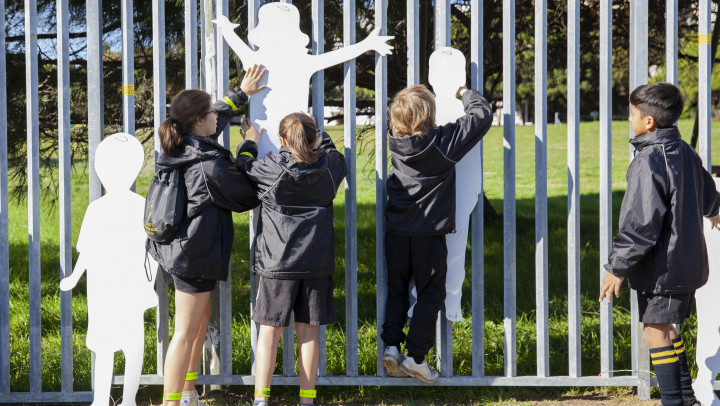 In 2017, 1 300 children were killed on South African roads. In Cape Town alone, at least 50 child pedestrians were killed last year. This is according to research conducted by Childsafe under its UNICEF-backed Prevention of Road Injuries Impacting Children in South Africa (PRICSA) programme.

August is Child Safety Month, and to coincide with this, a new campaign will be launched on 2 August to raise awareness about the dangers that children face every day on the road. The Safer Streets for Children campaign is a collaboration between Open Streets Cape Town, child safety advocacy organisation ChildSafe and the Safely Home Calendar initiated by the Western Cape Government’s Department of Transport & Public Works.

The campaign launches with an art installation on the corner of Klipfontein and Milner Roads in Cape Town, outside the Red Cross Children’s Hospital, and seeks to highlight how driver behaviour endangers children. The art installation features 50 silhouettes, representing each child pedestrian killed on the roads in 2017.

Yolande Baker, Executive Director, Childsafe South Africa, says: “Our research shows that most of the children injured or killed on South African roads are passengers or pedestrians. They are injured or killed as a direct result of reckless or negligent driving by drivers who drive too fast, who drive drunk or take risky decisions on the road. Changing driver behaviour will save the lives of children.”

Most (58%) injuries and fatalities occur during the weekday between 2pm and 7pm, when children are walking or home after school — highlighting the risks to children using the city’s streets.

Dr. Lisa Kane, Open Streets co-founder said: “The reality that at least 50 children die walking on the streets in Cape Town each year is an unacceptable reflection of a society that designs streets for cars and not people. There is an urgent need to redesign our streets so that drivers are forced to slow down and be more aware of the children and pedestrians around them.”

Hector Eliott, Strategic Co-ordinator of the Safely Home Programme at Western Cape Government, says: “Research shows a direct correlation between speed and serious injury or death. Drivers should adjust their speed according to the environment and conditions — and particularly when they are near schools and other areas where children walk and play. That is why Safely Home is 100% behind Open Streets and ChildSafe in this initiative; and will be supporting their joint activities as part of our August road safety theme, which is: ‘It won’t kill you to slow down.’”

The art installation is one of several activities planned under the Safer Streets for Children campaign banner. ChildSafe researchers will be filming children in Delft travelling to and from school, to highlight the difficulties they face while crossing busy roads at badly marked intersections

On 22 August, Open Streets and ChildSafe will be convening a round table discussion with professionals, planners and designers to discuss possible solutions that could address child pedestrian and passenger safety; and on 29 August, Open Streets will be hosting a Talking Streets walk in Delft, to consider practical implications of the theoretical ideas presented at the round table earlier in the month.

Image by NDM Cartel during our Streetiquette campaign in 2015 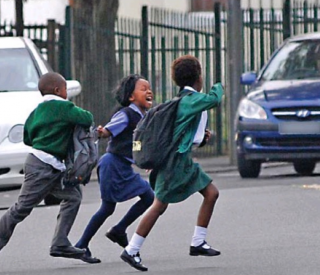 When we have courage to discuss things that can make a difference, we honour the children whose lives were cut unnecessarily short on the road.
Read more