Capetonians invited to share feedback and ideas for a follow-up car-free corridor along the M4 in Observatory, Salt River, Woodstock, District Six and city centre 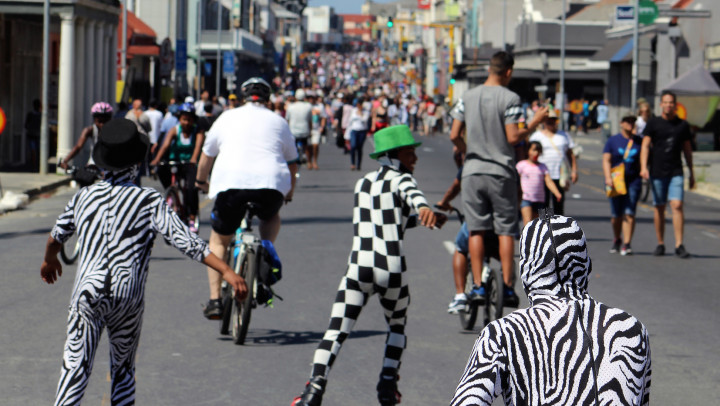 Building on the successful Open Streets Main Road on 1 October 2017, a second Open Streets Day is planned along the same route on Sunday 25 February 2018. The aim will be to incorporate feedback and lessons learned the first time around, to further test the feasibility of a regular network of longer road closures. Share your feedback on the plans here.

The idea of car-free streets has been tested in Cape Town as far back as 2003 – starting with a car-free festival on Klipfontein Road organised by the City of Cape Town and Western Cape Government – and in the past five years, Open Streets Days have become a fixture in the minds and hearts of Capetonians. The aim is to make it a fixed occurrence on our city’s calendar.

Next year, the Open Streets programme takes a leap into a new chapter to explore the long-term potential of the programme for Cape Town. Having tested the concept successfully in Langa, Mitchells Plain, the city centre, Observatory and Bellville, we are in discussions with City officials about ways to amplify the impact of this programme. Thus far, discussions have focused on the impact Open Streets can have on existing plans by the Transport and Urban Development Authority (TDA) to encourage non-motorised transport use and transit-oriented development, and we expect to engage with other departments to explore synergies with other city policies too.

Accordingly, in the next six months we will be refining the model of a 5km closure, which was tested successfully at Open Streets Main Road on 1 October. We will host another Open Streets Main Road along the same route on 25 February 2018, with a couple of tweaks to incorporate feedback and learnings from the first one, as well as a longer closure on Eisleben Road for Open Streets Mitchells Plain on 25 March 2018. Together, these build towards a network of regular car-free routes that enable and encourage us to change the way we use, perceive and experience our city’s streets.

As for the smaller Open Streets Days (eg on Bree Street, or King Langalibalele Drive in Langa), we are looking for partners to help us fund them in the long term. In the next 12 months, we will be focusing on the extension of an Open Streets network while others come on board to help us continue growing the Open Streets programme at a more local level. Please do reach out if you would like to sponsor an Open Streets Day in your neighbourhood.

We have learnt a lot in the past five years. In addition to the logistics and challenges of closing down a road, we have realised that for an Open Streets programme to succeed, we must celebrate and encourage a culture of public and street life. Of course, this doesn’t happen over night and many parties must play their role. The most important part of growing Open Streets will be public support and collaboration.

Cape Town has developed a very thorough NMT strategy that acknowledges the importance of giving pedestrians, the majority of our population at any given time or space, priority in how they move and the options they have. The policies are there and through Open Streets we are testing an idea that might prompt action and active engagement from residents. Whether or not Open Streets can help transform how we move around the city is still to be determined, but one thing is clear: people like engaging with each other in shared public spaces, and strengthening these connections is a vital step in building a more resilient city that takes on challenges around transport, social development, climate change and more.

We will be hosting an Open Streets Indaba on Thursday 18 January, to open up a space for feedback, ideas and co-creation of the Open Streets programme.

In order to build a successful Open Streets programme, public support and strong partners are essential. This gathering hopes to bring like-minded individuals and organisations together who may have supported Open Streets at some point or who have the potential to become involved. It will aim to create a sense of ownership of the programme among participants.

The format will build on the success of the 2014 Co-creating Open Streets session.

If you are interested to take part, please RSVP here; alternatively contact info@openstreets.co.za or 021 286 0823 for more information. 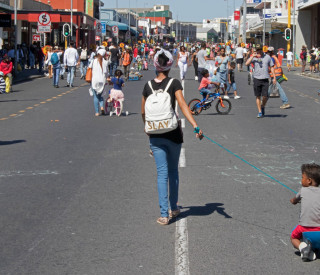