For an Open Streets enthusiast, meeting Jaime Ortiz is like meeting the biggest super star; especially in his native Bogota... 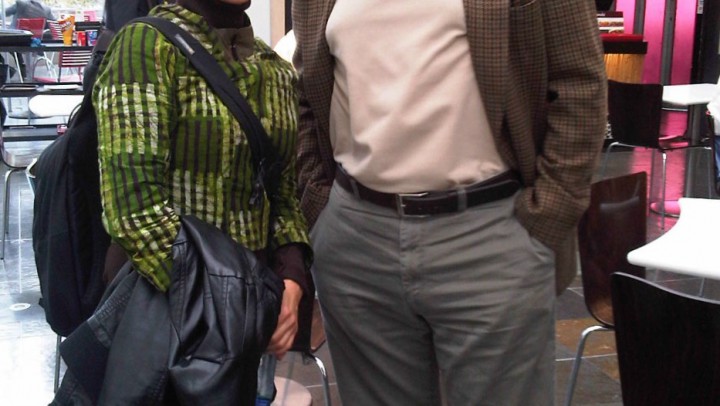 Jaime Ortiz founded Ciclovia 41 years ago and continues to be just as passionate it. A self-declared hippie, Jaime is an architect by training who studied in the US in the late sixties and seventies. A time when cities in the North American country were undergoing the entrenchment of the dreaded ?suburbia?, he explains. Upon his return to Bogota, including a short stint in Amsterdam, he realised that Colombians already had a profound tradition around the bicycle where, for instance, men in their most formal customary garbs pedaled to work in small towns, not unlike fancy Dutch women parading around Amsterdam on their bicycles.

But the bicycle, he emphasises, was simply a tool and ciclovia the conduit for delivering a message to Colombians: that a new form of urban living was possible. The bicycle, he noted, was part of everyone?s upbringing, rich and poor; however, when people reached a certain age, only those in the lower classes, who needed it out of necessity, would continue to ride. For Jaime, ensuring this tradition became pervasive across social classes was key. Furthermore, it wasn?t about positioning the bicycle against the car, but rather focusing on the need and ?the rights? of individual mobility. Sound familiar?

Listening to Jaime reflect on the crucial historical and socio-political context in which he found himself during the beginnings of ciclovia made me realise that for very different reasons, Open Streets in Cape town also finds itself in a critical time in the history of our city. Unless we take a hard look at how we move around the city and how we enable different communities to access that same city, we will face not only an urban crisis, but will deepen the divisions that have already caused great rupture to the social fabric of our city.

Marcela is passionate about cities, public space and most importantly, people. Open Streets is a concept that resonates strongly because of her upbringing and the potential it has shown in Cape Town.  Born and raised in Bogota, Colombia, Marcela lived in the US for most of her adult life before moving to South Africa in 2006. Her academic background includes a Masters in Public Administration and International Affairs from Syracuse University. She has worked in policy and advocacy for almost ten years in organisations that include The Carter Center, CIVICUS: World Alliance for Citizen Partcipation, and Fairtrade Africa. Marcela is also a co-founder of SUR Collective, a platform for cultural exchange between Latin American and Sub-Saharan African countries and was a contributor to the African Centre for Cities? Serious Fun project in 2014.