Long Street is up for the experiment, let's play!

Conversations about how to make Long Street more user friendly and accessible often gets overtaken by the simplified debate about pedestrianisation. 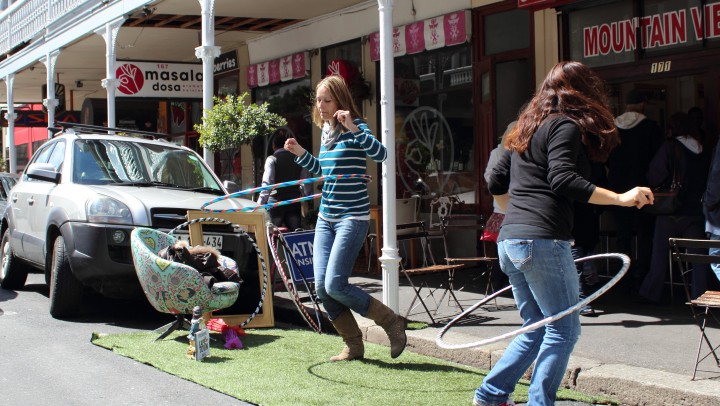 Beyond the thrill such discussion generates on twitter, which conveniently keeps each side entrenched in their perspective by limiting arguments to 140 characters, reality is much more engaging and exciting.

At the most recent Ward 77 Committee Meeting on 19 November, a roadmap was outlined by Transport for Cape Town for the benefit of residents and others interested parties. The process is not simple and as explained by Donald Cupido, it begins and ends with the City's Integrated Transport Plan with a complex set of technical stages in between. And even though the one ticket system that will get us from MyCiti to MetroRail and one day get on to a bicycle is nowhere near, it was good to hear Long Street is part of the bigger picture.

Transport took the lead at this meeting and more generally heads the design and implementation process, yet officials were quick to clarify that plans for Long Street and any expansion of the network- are inextricably linked to land use, spatial planning, economic development, heritage and tourism. As Cupido aptly put it, it is about the humanity of the network and since the process is meant to serve people, issues like walkability and cyclablity are an intrinsic part of the plan.

What ensues however is a heavily technical process of data gathering and modelling that takes months and as someone in the meeting pointed out, years! The frameworks outlined and the reasoning behind it were logical and clearly explained. Indeed data about pedestrians, bus schedules, off street parking, signal settings, geometric data, freight movement, loading bays and all of that is essential to inform any changes on the street. Nevertheless, as it was also acknowledged by transport officials,  plans for Long Street must ultimately be a collective proposal that moves at the speed the challenges require; in other words now!

Experiences on St. George's Mall and the Waterkant were used as references although it was acknowledged the streets were too different to draw fair and accurate conclusions. Similarly, international examples were cited from which ideas and inspiration can be drawn yet, nobody disputed concrete solutions can only be found on Long Street directly.

With this in mind and at the invitation of Councillor Dave Bryant, we ran two Talking Streets series in September; one during the day and one at night to observe with a group of people how the street unfolds during those two periods. During the walks, observations on what makes Long Street unique highlighted the importance to draw on local knowledge while ensuring plans are consistent for long-term development.

Everyone wants to help shape the process and organisations like Future Cape Town have engaged the public online in sharing their ideas to improve the street. Indeed, Long St. has changed over the years and it will continue to do so; thus the trick is to foster swift transformation in an unobtrusive and organic way. As the Cape Town Partnership has advocated for years following international practitioners like Ethan and Fred Kent, it is all about light, quick and cheap.

In the short term, issues around parking, noise and traffic can be addressed with small interventions such as parklets or taking it a notch higher, taking over one side of the street and using it for something different than parking.as someone in the meeting pointed out, all we need is a few cones.

We would of course like to see Open Streets be implemented on Long as part of this process but not just as an event. The idea is that interventions build on each other to help people experience the street differently. As one of the meeting participants suggested, Long St. is a continuous event. The point is not to find a framework in which to structure interventions (i.e. an events application process) but to facilitate a process in which people are consulted, data is collected and solid analysis is carried out to assess the impact, opportunities and suitability of improving Long Street. Whether it becomes a transit mall, a semi-pedestrian way, a thoroughfare for MyCiti bus exclusively or something else is not something to be defined at this stage. The process to get there is what matters and therefore engaging the public in a meaningful way to ensure sustainability and suitability to any plans. Such engagement is incidentally, the first step to create Open Streets. 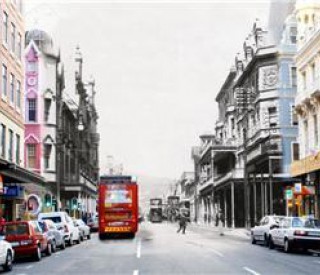 You are invited to join us in a public walk and discussion about how Long Street can be made safer, welcoming, inclusive, and more open to people.
Read more