Interested in creating great streets for a great city?

Today's Cape Times column by Open Streets co-founder Rory Williams highlights the power of crowds who want to play on the streets. 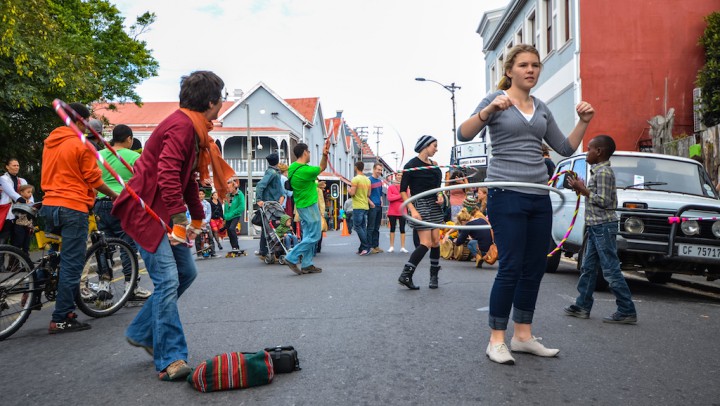 The analogy of digital games and how gamers volunteer their time and skills to creating games that help grow an already successful industry is apt for two reasons: one, it illustrates the power of engaging the human potential to dream, imagine and co-create; and two, it talks to the intrinsic human desire to play.

Open Streets seeks to tap into that potential by creating a safe, interactive and imaginative platform to play. A recent conference Making the City Playable in the UK highlighted a wide range of initiatives around the world seeking to engage the public in interactive ways that engage the imagination of citizens. As quoted by the Guardian in their coverage of the conference a city that plays together remains together; and that happens most easily on streets.

Thus, creating a great street becomes the pillar to creating a great city. On one hand it is the most pervasive form of public space and on the other it is the most basic form of community. Jane Jacobs speaks of the street district and outlines the power of a street that enables interaction with many eyes on the street ultimately ensuring safety, integration and development.

At Open Streets, we are working to reproduce some of the elements that enable a great street but as pointed out by Rory Williams, it can only happen when many individuals take part. We need many to join us. Currently, indeed we are working to recruit volunteers to help us create Open Streets on Main Road in the southern peninsula. Are you game?