Creating an Open City one street at a time

The message was clear: we don't need to go through long bureaucratic processes in order to start opening streets in Cape Town. People are ready to promote a city-wide movement. 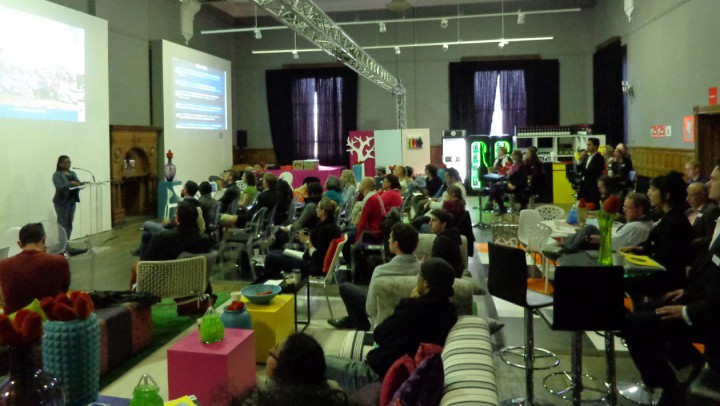 Over the weekend, we joined a conference organised by Future Cape Town to explore the concept of an Open City. In addition to inspiring and informative presentations, the event included a brainstorming session which allowed us to collect and compile ideas for small, simple and economic actions that can help build momentum for Open Streets. All we need, it became clear, is some creativity and street soldiers both of which were present in the room.

Participants highlighted the importance of ensuring community participation and buy in, creating an identity for the campaign and tapping onto existing groups and initiatives. Inspired by the theme of Open Design participants shared their experience and perceptions on how different parts of the city could bring the concept of Open Streets alive based on distinct traits in each neighbourhood. Thus, while Woodstock might attract and welcome public art, Rondebosch might be better placed to engage in block parties, Wynberg in street markets and Athlone in street football and other sports for kids.

In terms of creating an identity, someone suggested we start encouraging people to write with chalk on the pavement; another participant proposed we develop a badge to create awareness and to engage people in public transport and other spaces. Ultimately, taking the conversation offline and onto the street literally.

It also became evident we don't need to recreate the wheel. Successful strategies in other places can certainly be tested here. Examples ranged from Taskim square in Istanbul, to walls in Germany that have been donated so that artists can colour the streets and make them safer.

So the key is creativity to surprise people and get them to think differently about street and public space more generally. Helping create a new identity for a street could help tackle crime and one participant suggested we identify streets that are not safe and come up with our own temporary solutions; for instance installing some type of streetlight or creating an artwork in order to attract a different type of attention.

Other ideas included:  'yellow brick roads', expression walls, pop up Open Streets with neighbours, Open park day, walking buses, and temporary speed bumps to name only a few. We couldn't cover them all in the short time but we did manage to get commitment from the group in the room to suggest an entry point into their neighbourhoods. After reading the Open Streets manifesto out loud the pact was cemented and in each individual at that table a new Friend of Open Streets was born.