The cost of mobility

Environmentally friendly transport is also affordable. But is it safe? 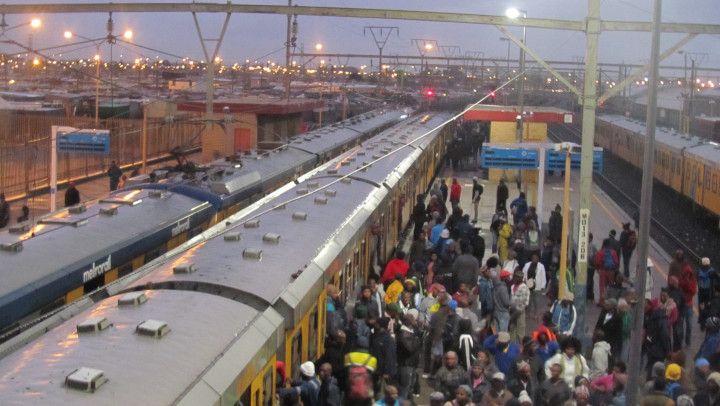 No matter how green a transport choice is, the first thing many of us consider when making a decision about our mobility is whether or not we can afford it. Safety comes second, and then the environment.

In a perfect world, we’d be thinking about the latter two first. But money talks, especially when it’s scarce.

For hundreds of thousands of Capetonian commuters, the choice is simple: trains, buses and minibus taxis. These don’t always have the best reputation in terms of safety, but they fare well when it comes to the environment.

It’s true: we know from a vehicle-for-vehicle comparison in our low-carbon transport policy brief that the “greenness” of a mode of transport depends not only the propulsion technology it uses but also on the amount of people it carries. For example, though electric cars have a greener design than minibus taxis, they typically carry fewer people, and are thus less efficient overall.

Rail is the least energy intense mode; that is, it needs the least energy to travel a passenger-km. This is thanks in part to the typically high occupancy of trains in South Africa. MyCiTi buses also fare well, as they use more modern technologies than trains and minibus taxis, and carry far more passengers than cars. The Transport and Urban Development Authority is also introducing electric buses to its fleet.

We can conclude, then, that using public transport is greener than driving. Yet private vehicle ownership is viable and preferred in certain sectors of society, leading to major congestion on our roads and more carbon emissions than is necessary. This is due to decades of car-centric urban planning coupled with inadequate public transport systems.

That it persists is a shame, but also understandable. Until people can perceive public transport in SA as being safe and reliable, it is unlikely to be the preferred choice for those who can afford other options.

Of course, walking and cycling are the cheapest and most energy efficient modes of transport, as they use no fossil fuels directly. However, in our sprawling city, these modes aren’t always viable for commuting. We can, however, incorporate them into our mobility mix to bring down the overall cost of our commute – to ourselves and to the environment.

Photo by Bernard Chiguvare for GroundUp