A large number of South Africans live far from their workplaces, which means travel to work can be expensive. A possible solution to this modern problem is 200 years old. 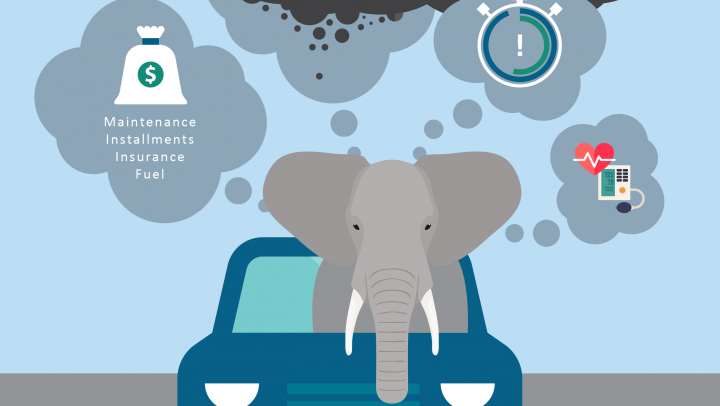 The latter are liable for installments, maintenance costs, insurance and fuel. Meanwhile, the former – mostly taxi users – are subject to ever-increasing fares. According to a recent Business Day report, the cost of public transport in SA doubled between 2003 and 2013.

In both cases, commuting takes a chunk of change. According to Andrew Kerr, a senior researcher for DataFirst at UCT, in the Mail & Guardian: “Data from the 2013 National Travel Survey show that [South Africans] who drive, use taxis or several modes of transport (a combination of bus, train and taxi) spend on average more than 15% of their gross income getting to and from work.”

But evidence suggests the poor carry a particularly high burden: Kerr goes on to say that “half of the workers using several modes of transport have their hourly wage reduced by 40% or more because of transport costs”.

The City of Cape Town’s Transit Development Index paints an even starker picture. It states that households in some areas of the Mother City spend upwards of 70% of their income on transport.

Students also have it tough. A survey undertaken by Stanley Hutcheson & Associates in Gauteng revealed they spend on average R1 100 per month on transport.

We’re sure, whoever you are, you’ve been nodding along to this article. Or perhaps it has never even occurred to you just how much money you are spending to get to a place to make money!

Bikes to the rescue

One way to reduce your insidious travel costs is to cycle (all or part of the way) to work. Beyond its initial capital outlay, the bicycle – which turned 200 this year – is cheap to maintain.

The City of Cape Town’s draft Cycling Strategy identifies local commuter trips between 10km and 15km as a growth area for cycling. The other is feeder trips to public transport services. If you live close to work, could you cycle instead of using motorised transport? And if you’re beyond 15km from your workplace, could you make up part of the journey by bike? Many of our railway stations have secure bicycle parking facilities, and you can take your bike with you on a MyCiTi bus.

If you live in the Kuils River area, why not try our #Bike2Train campaign to see for yourself? The station has 100 secure spaces, which we are using to raise awareness around the potential for multimodal mobility in Cape Town. Find out more here.