On the 16th August Open Streets Cape Town and Elemental Kids hosted a lively children's planning session at the Alive Caf in Muizenburg. 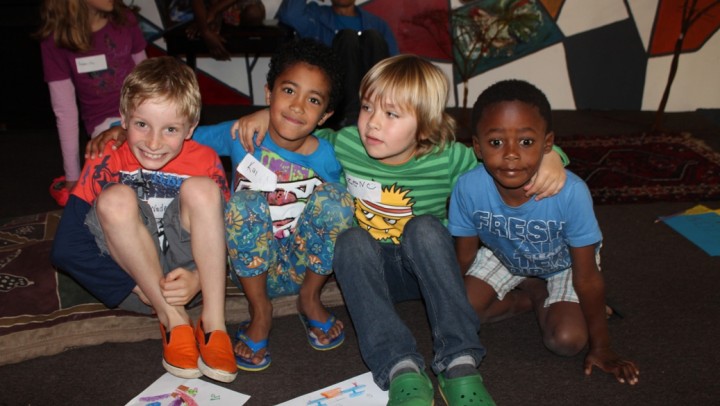 More than 20 children from different parts of Cape Town came together and shared what they wanted to happen at Open Streets 12th October. There were facilitators to help the process and parents came along to join the fun. As soon as the concept of the programme was explained and children were shown some visuals, ideas started flowing like water out of a fountain. The gathering was for kids to enjoy themselves, have fun and go wild with their imagination with coloured pens and paper. There were absolutely no restrictions and boundaries as to what could be at the event on the day and kids were able to draw as they pleased.

They quickly got to work and imaginations ran wild. There were many things that had to be at the event and according to the kids: a swimming pool on the street, underwater soccer, hockey, water polo and even underwater computer games!

Some of the girls wanted fashion shows. They also wanted dance competitions, bike riding and lots and lots of skating. There were rocket-propelled skateboards. Nothing skipped the imagination and all of them promised they would come. What they had planned and laid out on the map was for them and they were not going to miss it.

After drawing, children posted their ideas on a map. On a smaller scale they could see what they had created. This was done successfully with tags that indicated where on the map each activity would go.

To wrap up the day they presented their maps. There were four groups and each presented what they planned to do and how their area would look at Open Streets. Each chosen presenter, whether shy or hyped up, stood and did their presentation addressing a captive audience ready to open streets!

There will be another planning session with children in Kalk Bay on 13 September. Stay tuned for details! 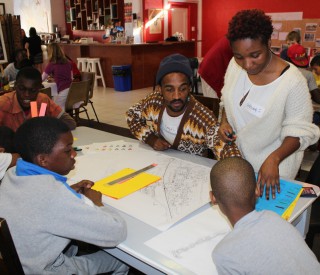 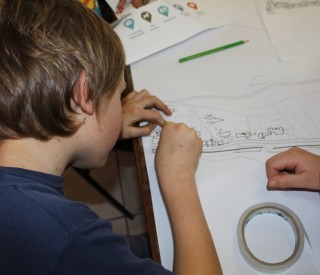 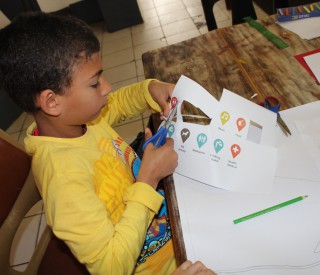 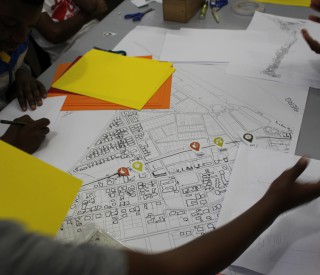 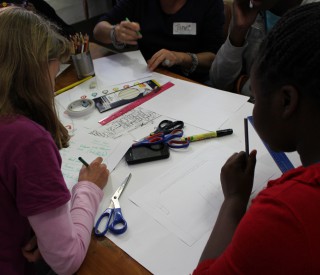 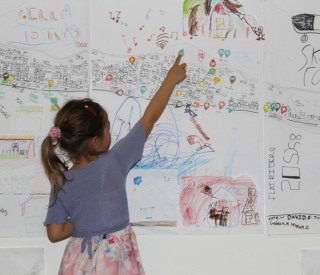