November is Pedestrian Month on the Safely Home calendar, and we will be testing a pedestrian safety campaign called Streetiquette in Cape Town CBD 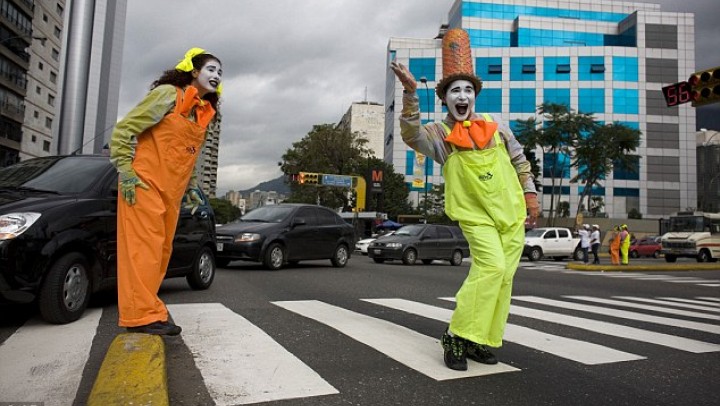 Over 2 800 pedestrians were hit by vehicles in central Cape Town from 2005 to 2014, which means a pedestrian has been struck in the area approximately every 28 hours for the past 10 years. More than 450 of these cases resulted in serious injuries. This is according to figures provided by the Western Cape Government Department of Transport and Public Works (DTPW), which has partnered with Open Streets Cape Town (OSCT) to test Streetiquette, a campaign to raise awareness about pedestrian safety.

Streetiquette is inspired by a popular form of engagement in Latin America in which colourful performances and interactive theatre are used to tackle unsafe and irresponsible behaviour on urban streets by motorists and pedestrians. The campaign aims to trigger self-observation, self-reflection and, ultimately, self-education, and has been adapted for local audiences.

As stated by Minister of Transport and Public Works, Donald Grant, "the need for continued innovation, through initiatives such as the Streetiquette campaign, in changing poor road user behaviour is now more pronounced than ever. Raising awareness amongst motorists and pedestrians (the leading class of fatalities in the City of Cape Town, the Western Cape, and South Africa), on how to use our roads properly and safely, will undoubtedly go a long way to addressing this very pressing issue. We are pleased to be partnering with Open Streets Cape Town, the City of Cape Town, and other road users in this innovative, artistic, and potentially life-saving campaign. We hope that increased awareness will spur a positive behaviour change in all road users, thereby saving thousands of lives that would otherwise have been lost senselessly on our roads,"

November is Pedestrian Month on the Safely Home calendar, and OSCT and the DTPW have decided to use this month to test Streetiquette in the Cape Town CBD. The experiment will use different approaches to find the type of language and format that can serve as the basis for a long-term campaign that can be taken to other parts of Cape Town and the province.

Starting Monday 23 November and ending Friday 27 November, five different theatrical interventions will take place at five busy CBD intersections. Directed by Mandisi Sindo , the artistic director of Theatre4Change Therapeutic Theatre who has experience plying his trade on the streets during Infecting the City and Jason Potgieter - performer, theatre-maker and educator running Instant Arts Collective - a series of surprise characters will bring the campaign to life.

We are anticipating an atmosphere of fun next week and hope Streetiquette will start an important conversation that everyone becomes a part of. 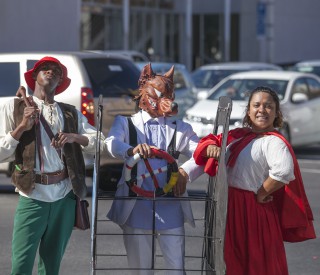