Saturday 25 May, 2013 will go down in history as the day a street movement was born in Cape Town, or better yet, rescued.  From the thousands of people who joined to the smooth happening of the day, it was clear Capetonians were simply waiting for public streets to become available, free and safe.

The response from the media has been extremely positive. From photos and stories on the Weekend Argus, to an opinion piece and letters to the editor on the Cape Times and beyond, Open Streets has left a mark in people's hearts.

As Lisa Kane, one of the co-founders of Open Streets Cape Town reflects on her blog, Saturday opened more than just streets; and as Rory Williams, also a co-founder of the organization, observed on his weekly column Man About Town with a simple act, citizens of Cape Town claimed their streets as places they  could call their own. The streets were indeed owned by all: from cyclists, walkers, kids, skateboarders, to street performers, families and a group of demonstrators from the Marikana settlement making a plight against the ongoing evictions in Philippi East.

In addition to the articles below and the incredible photos shared by many, people have been sharing their experiences and the Obs and Salt River community will hold the final feedback session on 30 May at 18:00 (Obs Community Centre). Please join us,  send us your thoughts and

become a Friend of Open Streets!

Lizzy, the Dinosaur on Open Streets 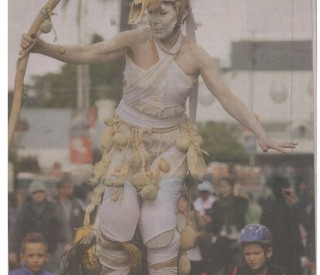 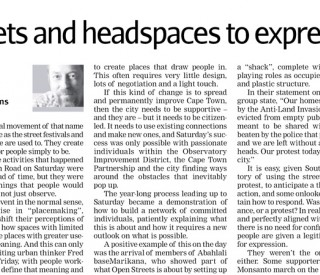 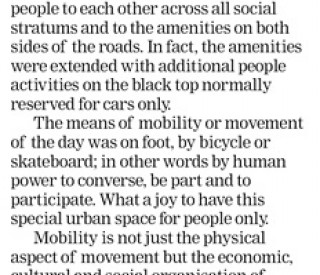 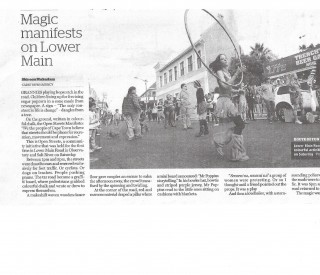 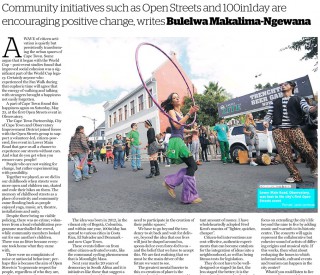 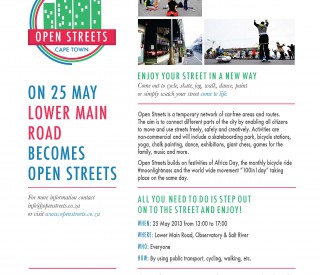