The power of citizen ownership 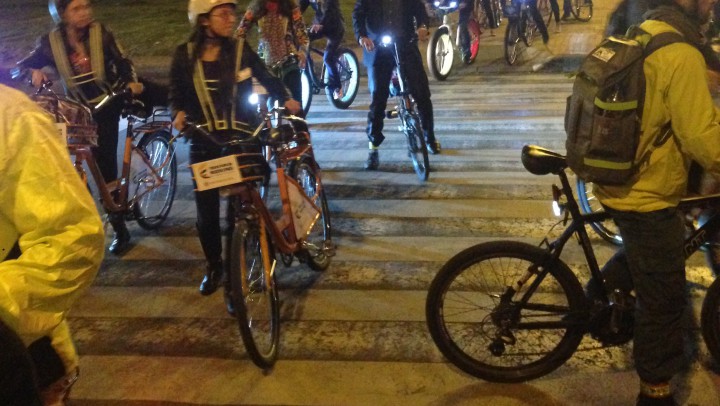 This week we have caught a glimpse of the incredible and intricate machinery behind Ciclovía. The systems and operational team are impressive and it is clear that they've had decades of refining the model. However, there is something else that guarantees the programme's success; unwavering public support by ordinary citizens. These are the participants, or users as they are called here, who take to Bogota's streets every Sunday and public holiday and exercise ownership of their city. The average number of users at each Ciclovía for 2015 was over 1.5 million.

In Chile the Ciclovía movement is growing, and they use the phrase "Ciclovía generates the highest number of happy people per m2" as part of their promotional efforts. This, surely, is at the core of public support for Ciclovía in Bogota; in this weekly rhythm people find guaranteed joy and meaning.

In 2008 a local Bogota senator attempted to pass a motion to shorten the hours of Ciclovía from 7am-2pm to 7am-12pm. The push back from civic groups was significant, with campaigns and online platforms along the lines of We defend the Ciclovía and Save the Ciclovía! In the end, the proposal to shorten the hours was unsuccessful. Another example of the strength of public ownership of the programme was when one of the sponsors handed out samples of their product prolifically. Once again, the backlash was significant and has influenced the sponsorship strategies of the IDRD.

Inside the IDRD, over and over again we are reminded that the user is considered first in all aspects. There is a sense of accountability to the public and knowledge of how important it is to maintain this accountability well. Besides conventional forms of media and communication, they have developed a Ciclovía app, which includes a messaging feature for any queries or comments that are replied to instantly.

For OSCT, this is very encouraging, as one thing we have seen is how people in Cape Town take ownership of Open Streets in various parts of the city. We have a long way to go in building the movement and scaling up the programme of Open Streets Days, but hopefully the foundations of citizen ownership and support are sturdy.

One of the highlights this week was the chance to take part in a night time "ciclopaseo (bike ride). Like in Cape Town, taking to the city streets at night on a bicycle is completely exhilarating. However, the major difference here is the network of "bicicarriles" (exclusive bike lane), that allow for a much more comfortable ride. In the group of about 60 people who took part, many of them are absolutely passionate about cycling in Bogota. This passion and commitment was palpable as we cycled our way through the dark streets, various individuals helping out with marshalling and the biciDJ keeping the vibe going with his mobile speaker.

This Sunday, we join the Ciclovía Guardianes at 5:45am to see exactly how they go about opening the streets. Should be fun! 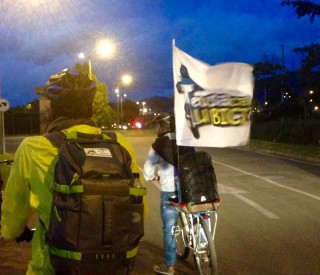 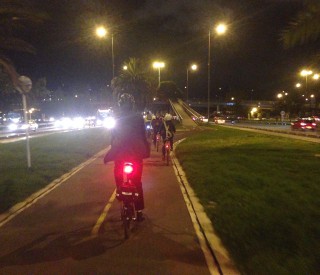 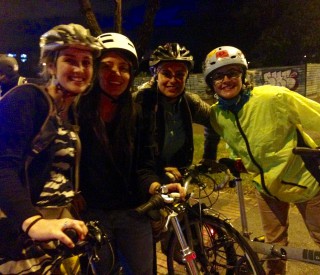 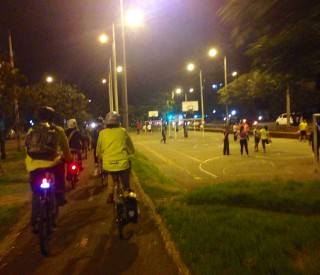 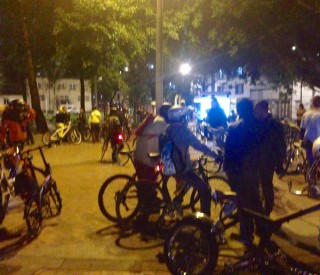