Riding a bike to Mitchells Plain this weekend was an opportunity to experience Cape Town anew... 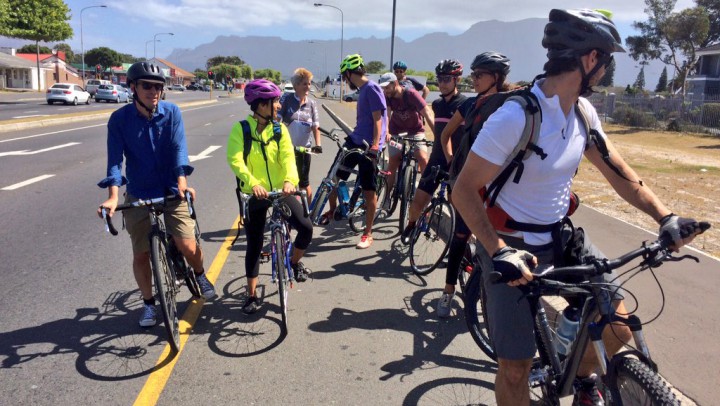 Riding a bike to Mitchells Plain this weekend was an opportunity to experience Cape Town anew. Indeed, for a couple of the cyclists who joined the reconnaissance ride, it was their first time in that part of our city.

With the objective of assessing the best route for the Bike Bus that will see a group of people cycling to Open Streets Mitchells Plain on 3rd April, 10 of us met up at the Palmyra Junction in Claremont on Sunday 13th March. With a support vehicle, mainly to document the experience, we headed southeast and, fighting the wind, managed to reach our destination an hour and forty minutes later.

Stopping along the way to discuss the route and take photos, the ride was an opportunity not only to travel differently but also to reflect on our surroundings. The route was not the straight line that one follows when driving down the highway and perhaps because of it, we were able to experience a wide array of landscapes; of which Philippi farmland was most fascinating. 45 minutes into the ride, we found ourselves in the midst of fields growing all kinds of produce and stock being raised. It felt as if we had pedalled our way into a different city altogether.

When we arrived in Mitchells Plain, we discovered a very quiet Merrydale Avenue - the road that will be closed to cars during the Open Streets Day in a couple of weeks time. We had traversed 21kms from suburbia and farmland to a place that makes the headlines for gangsterism and crime, but which on a Sunday early afternoon was conspicuous for its peace and quiet. And though a few people looked at us wondering what we were up to, most were simply going about their day.

We returned to Cape Town using a different route, that was more direct but a little too close to the highway for our comfort levels. We reached Palmyra Junction again at 3:20pm after one puncture and many photos later. We reconvened, discussed the experience and agreed on the first route for the Bike Bus on 3rd April.

If you are curious, join the Bike Bus and travel to Open Streets Mitchells Plain while re-discovering your city! 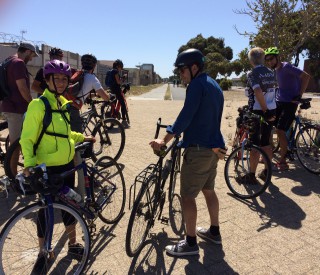 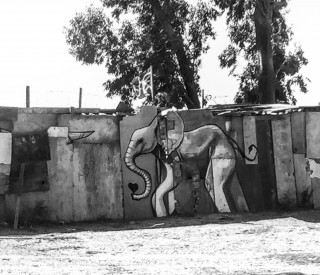 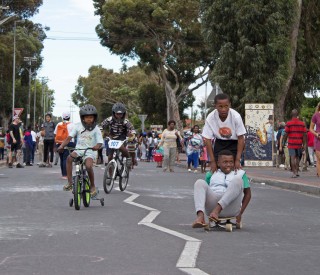 On 3 April 2016, Merrydale Avenue in Mitchells Plain will become Open Streets for the first time ever!
Read more