All in: creating an inclusive city

How do we ensure cities work for everyone, regardless of gender, sexual orientation, race, age, or ability? 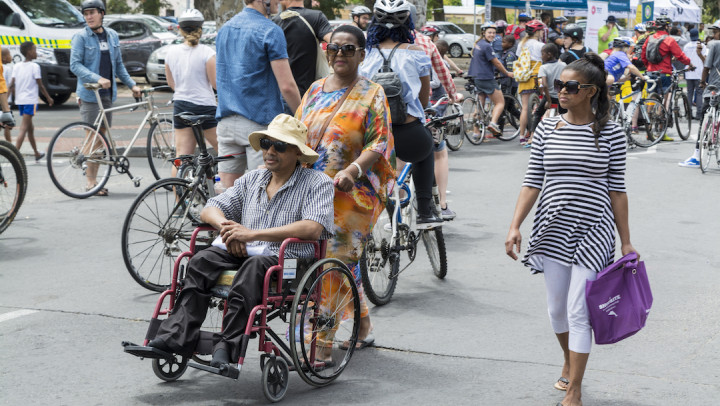 More than half the world’s population now lives in cities, and this will reach 70% by 2050. At the same time, cities account for 80% of GDP generated worldwide.

The World Bank says: “When handled properly, this urbanisation has the potential to create opportunities for a better life, provide a pathway out of poverty and act as an engine of economic growth.”

But how do we ensure cities work for everyone, regardless of gender, sexual orientation, race, age, or ability? There is no template for success, but some cities are already employing strategies that could well work elsewhere.

One example is transit-oriented development, which we discussed here. Essentially, a city such as Curitiba or Vancouver that invests in connecting communities to job opportunities is on the path to inclusion.

And so is one that makes provision for affordable housing in or near the urban core and other areas with abundant work opportunities. Unfortunately, according to UrbanAfrica.net, in many African countries, “the demand for affordable housing far outstrips supply”. This is certainly the case in Cape Town, where many inner-city areas are experiencing gentrification.

An inclusive city also combines the provision of infrastructure with strong community engagement. The World Bank article mentioned above also alludes to the Vietnam Urban Upgrading Project. This helped improve the lives of 7.5 million urban poor with better water and sewerage connections, roads, lakes, canals and bridges. It gave a voice to the marginalised by involving them in the identification of upgrading options, on-site supervision and evaluation of the project’s impact.

Paying attention to the needs of the informal economy is another crucial aspect to the development of an inclusive city. This is something we’ve discussed here. Why? According to WIEGO, more than half of the urban workforce in developing countries is informal.

It goes on to say: “Street vendors provide an accessible source of low-cost goods and services to city residents; home-based workers add value to domestic and international supply chains; domestic workers make it possible for others – especially women – to join the formal workforce; and waste pickers provide a critical environmental service through the collection, sorting and reuse of waste.” However, “despite these contributions, informal work is often stigmatised by municipal authorities and the general public as being illegal or unproductive.”

An inclusive city is, according to the Collaborative for Inclusive Urbanism, one that “brings otherwise marginalised activities into the centre to join otherwise privileged activities”, so that they share urban space. This brings together all ethnicities, children and adults, students and retirees, rich and poor, and people of varying abilities.

This is largely what we are trying to achieve with Open Streets Days. Currently, Cape Town’s streets are a microcosm for the city’s inequality where motorists are prioritised at the cost of pedestrians and other road users who are often relegated to the side lines. As our Manifesto stages, we believe streets can be more than they are and small changes can go a long way in changing how we move around and inhabit our city.

What is your vision of an inclusive Cape Town and how do you think we can achieve it together?

Photo by Grant Williams for the City of Cape Town