Transport solutions should be part of a human discipline 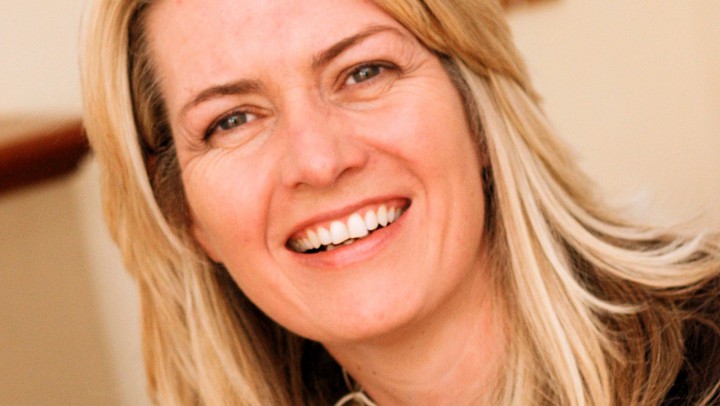 IF THERE were an airliner crash every 10 days for a year without a single survivor, the death toll probably wouldn't quite match South Africa's annual road carnage.

But if an airliner really did crash every 10 days  just for a couple of months, never mind a year  you could be sure the backlash would soon ground every airline until the public was satisfied it was safe to fly again.

When it comes to the more than 17 000-a-year deaths on our roads, however, society's bewildering acquiescence suggests we are at best numb to what Cape Town transport specialist Lisa Kane characterises as being akin almost to genocide.

Road transport is not, after all, conventionally thought of as a bloody affair  and yet the fact that it really is points to the genesis of Kane's professional preoccupation with the challenging task of humanizing transport design.

Roads and streets, the most heavily used public spaces of the modern world, she argues, do not need to be the dangerous, hostile and costly thoroughfare bequeathed by the automotive era of 20th century urban planning.

Long before Kane became an engineer, and later a specialist in transport design her doctorate was on the engineering history of the unfinished Foreshore freeway system she endured a humiliation as a pedestrian the memory of which remains a token of her convictions.

She was a schoolgirl, then, on her way to classes in faraway Wolverhampton in the Midlands of Britain. Kane's working-class family had no car, and when she became the first in her family to get into a grammar school, her daily journey involved two bus trips and a lot of walking.

I had to make my own way from an early age, she recalled this week, and I remember once, walking home in the rain, feeling really affronted when a car went through a puddle in the road next to me and I got soaked. I remember looking at the puddle and thinking, Who did this? and wanting to find them and change it all.

It was a feeling of being quite alienated, and sometimes I suppose I was really scared, and felt vulnerable and powerless though those weren't the words I'd have used at the time. But the memory stuck, and around it grew her thinking about what cities are, and what they could be.

Kane's proficiency in maths and science steered her into engineering, but her interest shifted towards the social and other implications of transport planning and the making of cities. Thus, having completed her bursary conditions working in construction, she changed lanes, and joined first one and then another British consultancy specialising intransport planning.

That was in the late 1980s, when there was a real questioning of private transport, the role of the car and how we plan for transport and a new breed of cross-disciplinary transport planner was emerging. In the early 1990s, working on a contract at West Bromwich county council, Kane met her husband-to-be Rob (he chairs the Cape Town City Improvement District), who also had a civil engineering background and shared her love of cities.

Her Zimbabwe-born husband had studied at UCT and was keen to return to Cape Town which the couple did in 1996. Kane began a long association with UCT at that point  initially in helping colleagues Roger Behrens, the late Peter Wilkinson and Marianne Vanderschuren in developing a master's course in transport planning which marked a departure from the engineering-heavy transport courses of the past, co-founding the Centre for Transport Studies at the campus and embarking on her own PhD. She remains an honorary research associate at UCT.

In 2012 she also helped found Open Streets a civil society movement that places people at the centre of road use and has a continuing research interest in the intersection of transport planning and climate change and the elaboration of low-carbon transport strategies.

Binding all these interests together is a conviction that everything about how we move in towns and cities, go to work, go shopping or get children to and from school can be done differently if we invest planning and infrastructure with human-scaled values.

Encouragingly, she said, the terrain is changing: the prospect of people sharing Uber rides, which has the scope of blurring the line between private car and public transport, as well as shifts from the present Cape Town project of building bulb-outs on central city pavements, the emphasis in Transport Cape Town strategies on public transport objectives and the city's more open engagement on projects such as finding new solutions to the unfinished Foreshore freeway.

Public transport is firmly on the agenda now and that certainly was not the case when I came to Cape Town in1996. It was a fight then, and the thinking was still that road building was the way to deal with transport. So there's been a big shift in 20 years.

A critical impediment, however, remains the lore of engineering, a notion that traffic and infrastructure could only be dealt with in the confines of a given technical framework. Yet, Kane argued, by unpacking the detail of engineering practice as she did in her PhD it can be seen as part of a history of doing things in certain ways and thus of being changed.

Engineering likes to think of itself as an applied science, timeless, ahistorical, ageographical, but when you look at how it plays out, that does not make sense. It does change over time according to where we are in the world. I am arguing for engineers to acknowledge that they are in a social, political context and that it is a human discipline, not an applied science trying to make things as efficient as possible.

No small part of the challenge in re-engineering solutions to making roadways work better for people is that tormenting metaphor of airliner crashes every 10 days.

"Each one of those victims is a daughter, a child, a husband," Kane said. That's 17 000 human tragedies every year. It's horrific.

You can read more about Lisa's work on her website: https://lisakane.co.za/ 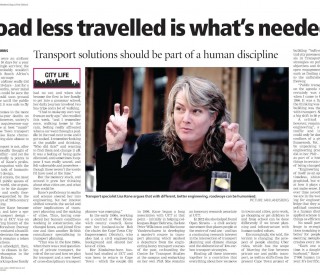 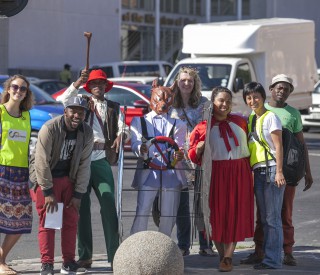 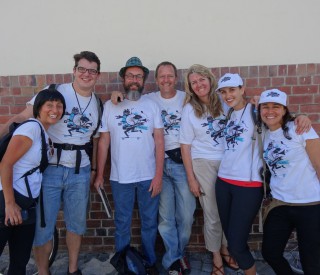