The importance of planning for density

Recent developments in the City to tackle urban sprawl pave the way to a more integrated and equitable Cape Town. But densification must include the provision of affordable housing to ensure inclusivity. 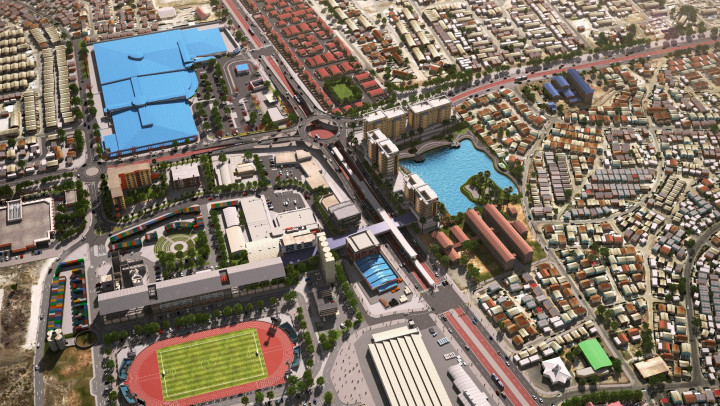 In the early 1990s national government repealed the laws that institutionalised Apartheid; however, the legacy of segregation lives on in the form of spatial apartheid. You may spell the latter with a lowercase “a”, but its effect is the same: inequality. In Cape Town, which had a population density of just 1 529.68/km2 at the time of the 2011 census, neighbourhoods remain far apart from each other and separated by “buffer zones” such as freeways. And, according to UCT property economist Professor Francois Viruly, most of its population lives by the “40x40x40x40 rule”: in 40m2 homes, 40km from work, spending 40% of their income on transport, residing in communities with 40% unemployment.

This is one of the issues we are most interested in, and we believe revisiting how we use streets holds part of the solution. Though in a small way so far, Open Streets Days have challenged our reality by suspending it for a few hours, getting us to imagine a different type of city. We are now working to make Open Streets a permanent reality in parts of Cape Town.

However, it’ll take much more than that, and many more players, to redress the effects of Apartheid. For one thing, all three tiers of government need to eradicate so-called “policy silos” and join up programmes that speak to density and affordable housing. When the City of Cape Town began to implement its Organisational Development and Transformation Plan at the beginning of this year, it took a bold step in that direction. Significantly, it merged its transport, urban development and human settlements directorates.

The Transport and Urban Development Authority (TDA, and formerly Transport for Cape Town) is responsible for rolling out the City’s Transit-Oriented Development (TOD) Strategic Framework, which aims to stop long-distance commutes, and lead to higher densities with shorter travelling distances. A dense city not only places people closer to work opportunities, but leads to integration. It’s also a city where local government can provide services efficiently and everyone has equal access to these services.

The importance of density is evident in other cities around the world. Vancouver, which has a population density of 5 492.6/km2, is a particularly great example. The Canadian city, consistently ranked among the world’s most liveable, has densified strategically and increased housing choice. In doing so, according to urbanist and city planner Brent Toderian (Toderian UrbanWORKS) and city planner Mark Holland (Holland Planning Innovations Inc.), “it has strengthened what many urban analysts consider to be the eight pillars that support a sustainable city”. They are:

This article unpacks each of these pillars: www.wwf.gr/images/pdfs/pe/katoikein/Poli_TheCaseforDensityinSustainableCities.pdf

Density doesn’t always equal integration though. And this is where cities must be careful. In rapidly densifying London (5 518/km2) housing costs are spiralling due to demand, “making even the cheapest boroughs close to unaffordable for low- to middle-earners,” according to the Guardian. While the city grows with those who can afford it, those who can’t have to head further away from the economic hubs at the centre.

Medellín, Colombia, is the city Cape Town should aspire to, says Professor Ivan Turok, the executive director in the Economic Performance and Development Unit of the Human Sciences Research Council. In a Weekend Argus article in 2014, he told Michael Morris: “Of course, Medellín is still an unequal society with its fair share of problems, but the fact of all their key players agreeing to work together – on improving conditions for the poorest parts of the city, tackling crime, ensuring greater political stability – is the lesson for us. There is a long-term payback in matching their example.”

According to the most vocal advocacy group for desegregation in Cape Town, Reclaim the City, the state is a key player and should “play a proactive role to reverse spatial apartheid” in the city. To date, however, no tier of government has provided any affordable housing in Cape Town’s inner city since the end of Apartheid.

Reclaim the City is calling on the Western Cape Department of Transport and Public Works to leverage key Province-owned inner-city properties for social housing projects. The two parties are currently embroiled in a battle for the Tafelberg school site in Sea Point.

On a municipal level, things appear to be moving a bit quicker. TDA’s first TOD project involves the Foreshore Freeway Precinct, and called on the private sector to offer solutions to tackle affordable housing and traffic congestion using City-owned land in the Cape Town CBD. Read more about it here. It has four other TOD projects in the pipeline: in Paardevlei, Athlone, Bellville and Philippi.

We look forward to seeing how these projects pan out, and what public-private partnerships can do to make a more compact Cape Town.