Public spaces are by the public for the public. Created for and brought to life by citizens, they serve the public good and promote social cohesion. Durban’s Golden Mile and Cape Town’s Sea Point Promenade are great examples. 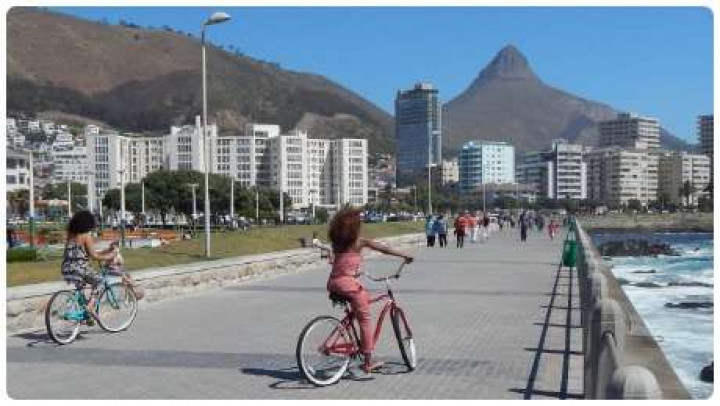 Public spaces are accessible to all citizens, regardless of their income and circumstances. They come in many different forms; e.g. natural spaces such as beaches and parks, and urban spaces such as town squares and sidewalks. Public transport interchanges and libraries are also public spaces. To serve their purpose, they should – above all – be safe and clean.

Nevertheless, there are great examples of good practice, spaces that do draw people. Here are two of them.

Durban, recently ranked the SA city with the highest quality of life in Mercer’s 19th Quality of Living survey, is famous for its iconic beachfront. The so-called Golden Mile, which abuts the CBD and stretches from uShaka Marine World to Suncoast Casino and Entertainment World, is paradise on the Indian Ocean. It attracts swimmers, surfers, families, revellers, tourists and locals – you name it, they’re there. The mile (actually about 5km) fills up with people of all races throughout the year, and especially over the festive season.

But it wasn’t always that way. The promenade and its nodes and amenities underwent a major upgrade in the run-up to the 2010 FIFA World Cup. In a January 2017 article in the Sunday Independent, UKZN researcher Imraan Buccus, lauds Durban’s beachfront as “the best-constructed, best-managed and most impressive public space anywhere in South Africa”. However, he laments that in other Durban neighbourhoods, things aren’t so rosy. “Even in lower Glenwood, parks are overgrown, poorly managed, if it all, and have become sites of public danger rather than public recreation.”

This disparity is also evident in Cape Town. For every Sea Point Promenade, there’s a play park lost in its own undergrowth.

In any case, the Sea Point Promenade is probably the Mother City’s answer to Durban’s Golden Mile. Stretching from Granger Bay to Bantry Bay, it defines “shared space” in South Africa. On any given day, you will see runners and cyclists (Lycra-clad and commuters) making their way along the sea wall, and people playing, strolling and walking their dogs. And every year, hundreds of Cape Town’s Muslims gather on the promenade for the moon sighting that will bring an end to the month of Ramadan.

The promenade has undergone a makeover in recent years, which included the rehabilitation of the sea wall and upgrades to public infrastructure. It has also become a haven of public art, not without a good deal of controversy. All of these factors have undoubtedly added to its vitality as a public space.

In fact, it ticks all the boxes on the Project for Public Spaces’ list of elements that contribute to a successful public space. They are:

We often forget streets are also public space, and one way of reconnecting with them is to experience them differently. We like to think that Open Streets is a mechanism to do this, and it seems many others agree: there are over 450 cities with an Open Streets programme around the world. Nevertheless, the concept has not yet gained much traction in this part of the world. Join the Twitter chat we are co-hosting with the World Urban Campaign on 27 June and help us explore its potential in other African cities.