MEDIA RELEASE: Open Streets Mitchells Plain to bring the classroom to the street on 25 March

On 25 March, a longer stretch of Eisleben Road, between Lavender and Montagu Drive, will become a space for people to walk, cycle, skate, explore, play, connect and learn. 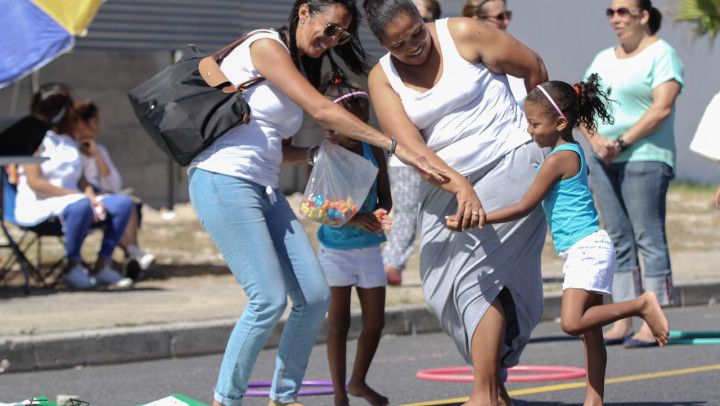 Due to popular demand, a major roadway in Mitchells Plain is set to go car-free for the third time. This shows an appetite for a regular programme of Open Streets Days in the area, according to Open Streets Cape Town (OSCT).

On 25 March, a longer stretch of Eisleben Road, between Lavender and Montagu Drive, will become a space for people to walk, cycle, skate, explore, play, connect and learn. This follows the successful Open Streets Main Road on 25 February, as well as several other Open Streets Days across Cape Town.

The focus will continue to be on building solidarity to tackle the water crisis and will also incorporate an element of play and education for kids. The most powerful way to influence the future is by engaging children at a young age; likewise, growing the Open Streets movement will rely largely on having the new generation lead the way.

Marcela Guerrero Casas, MD of OSCT, says: “Our intention was never for Open Streets to be an event, but rather a movement of citizens reimagining their streets together. And that’s why we never refer to it as an event, or even a festival! We took inspiration from Ciclovía, a Colombian programme of weekly car-free days that makes the streets of major cities accessible to pedestrians and non-motorised transport users every Sunday and public holiday. It's exciting to see that the concept is catching on in Cape Town.”

Thousands of families come to each Open Streets Day, many of them return participants. “We believe there is significant public interest in growing the programme in different parts of the city. Soon we hope Open Streets will become a way of life like it is in Latin America.”

Mitchells Plain has hosted two Open Streets Days, on Merrydale Avenue in April 2016 and on Eisleben Road almost exactly a year later. The community has chosen Eisleben Road again for the third instalment.

Bring your friends and neighbours, and an activity or game to share with others. Above all, bring your family. There is no cost involved. Your street for a day – what will you do? 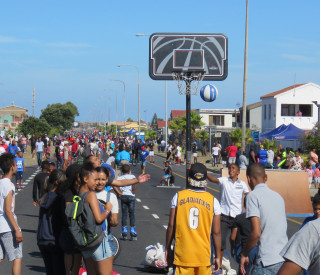