Growing up with the freedom of cycling

Children in the Netherlands are among the happiest in the world. This is because they have the freedom to explore by bike, according to a speaker at Velo-city 2017, which took place in the Dutch Arnhem-Nijmegen region last week. 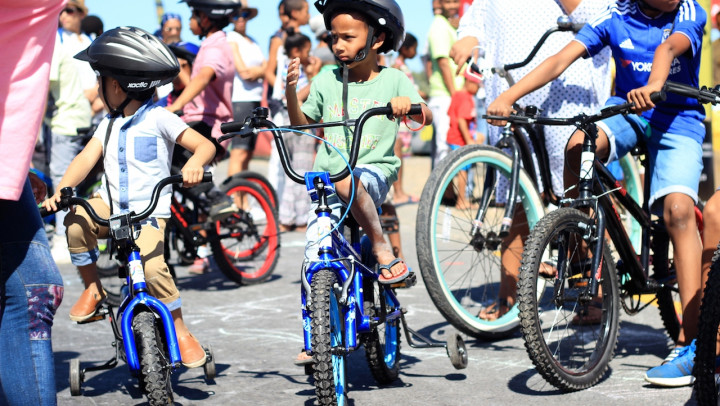 With the motto "the freedom of cycling", the main topics at the Velo-city 2017 global cycling summit were governance, infrastructure, people, bikenomics and urban planning.

However, it kicked off with a dose of reality, as professors Kevin Krizek and Ruth Oldenziel told attendees there is no magic potion for becoming a successful cycling city such as Amsterdam. We know this all to well in Cape Town!

In Amsterdam, 40% of all trips to rail stations are by bike. This is 10 times more than other European cities. Amsterdam's railway operator, NS, even runs a bike-sharing system in 300 locations. OV-fiets facilitates 2.4 million trips each year, and is growing rapidly.

In the past decades, the Dutch have spent millions on dedicated cycle lanes. Other countries and cities have followed: London, for example, has its cycling superhighways, and according to local government, Cape Town has 300km of dedicated cycle paths. Yet only 1% of commuter trips in the Mother City are by bike. The City of Cape Town’s draft Cycling Strategy identifies local commuter trips between 10km and 15km as a growth area for cycling. And it aims to improve access to bicycles by, among other things, making provision for a bike-share scheme.

Importantly, the draft Cycling Strategy envisions a school programme to instil a culture of commuter cycling at a young age. This is key to putting Cape Town on the same path as Amsterdam and other cities that enjoy the freedom of cycling.

At the summit, the European commissioner for transport (Violeta Bulc) and over 20 mayors from across the world embraced this freedom of cycling. They recognised humans should be at the centre of urban planning and agreed that, although there are many challenges, cycling is vital for the future of climate and environment.

Take a trip to the beach with UpCycles

This private bike-hire company operates in the CBD and along the Atlantic Seaboard.

Cycle to the shop or the mall

When you consider looking for parking, cycling distances under 2km can be quicker than driving.

Cycle part or all the way to work

If you take public transport to work, you could make the journey to the railway or bus station by bike. Did you know there is bike parking at many railway stations in Cape Town? And you can even take your bike with you on a MyCiTi bus.