Getting creative with public infrastructure

The term “public infrastructure” doesn’t sound particularly interesting, but it can be. Here are 10 great examples from around the world. 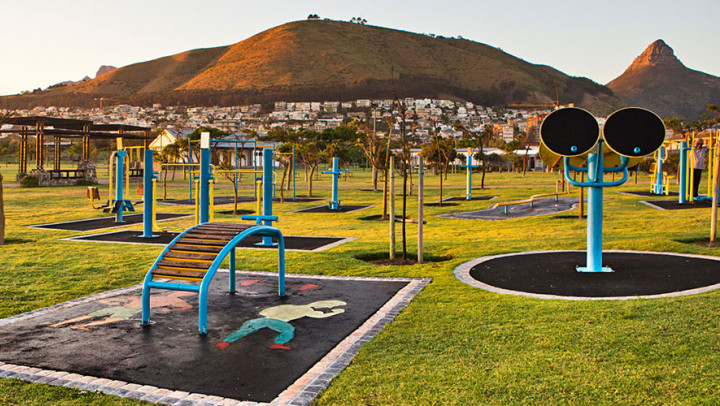 Open Streets is all about using creativity and innovation to overcome urban obstacles. This is why the following infrastructure projects resonated with us.

Built on a former parking lot for school buses, this three-block park boasts some interesting features. Inspired by the site’s waterfront heritage, it has a linear rain garden and three pavilions reminiscent of floating barges. The rain garden functions as an integrated storm water system and saves DC over five million litres of potable water per year. It captures and treats storm water on site, and the result goes towards irrigation, building use and interactive fountains.

This park system on land reclaimed from industrial uses connects all new city blocks with a system of canals and waterways. It provides important drainage infrastructure, as well as space for events.

Some of this cultural venue used also used to be parking. Now it covers infrastructure including underground parking garages, a railway station and a bus roadway. It is, effectively, a large rooftop garden that hosts free concerts, festivals, fairs and public art exhibitions.

This tiny park, sandwiched between two four-story brownstones, contains just six benches. It offers respite from the crowds of New York City and is an example of what Planetizen calls a pocket park. These are vacant lots reclaimed to tackle the scarcity of accessible public space.

Londoner Brenda Puech has become known for setting up parklets with fake lawn and garden furniture in the borough of Hackney. These have been popular with locals but also caused controversy with motorists, leading to their removal. However, the Hackney Council has recently agreed to discuss the future of these parklets with Brenda.

Did you know that we have celebrated Park(ing) Day by converting bays in Cape Town to mini parks?

Copenhagen is one of the top cycling cities in the world, and for good reason. It is currently installing new controllers in its traffic signals that can optimise traffic flow in real time. The system will give bicycles and buses priority.

The Dutch city is making cycling for its residents even easier than it already is. It uses digital signs to guide cyclists to free parking spaces and deploys pop-up bays at busy times and special events. Meanwhile, its Flo system uses animated animals to tell cyclists to speed up or slow down to catch a green light.

This pedestrian bridge is a thing of beauty. It is a lightweight structure designed to provide shade and shelter in Singapore’s tropical climate. Additionally, the inner helix uses light to illuminate a path for pedestrians.

Comuna 13 was once the most feared areas of Medellín. Today it boasts an innovative piece of infrastructure... escalators! These serve as public transportation in the steep district.

You may have seen or used the exercise equipment on the Sea Point Promenade, in Green Point Park, at Khayelitsha Wetlands Park, at Nantes Park in Athlone, or elsewhere in Cape Town. This initiative forms part of government wellness drive to reduce the high levels of inactivity in the city.

What examples of innovative public infrastructure have you come across? Please do share with us!