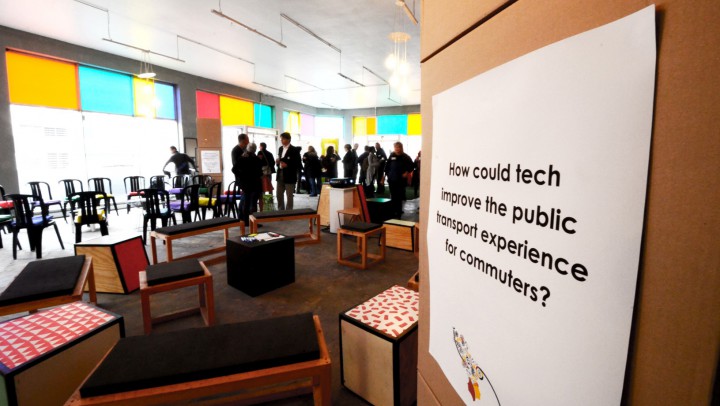 On Tuesday 24th May, 2016, we hosted our first Transport Minds Gathering, which officially launches our campaign efforts to raise awareness about low carbon transport in Cape Town. Thanks to the support of WWF Nedbank Green Trust, we are growing our plans for an Open Streets network in Cape Town with the very specific aim of helping shift our transport patterns and thus contribute towards the reduction of transport carbon emissions. Tuesday's Gathering was a much-needed opportunity for some key role players in the transport sector to connect and share ideas.

The aim was to find a topic that would stimulate conversation and attract a diverse crowd and so, in spite of the rain, a group of over 60 people came together to address the question: Is Transport Tech a Game Changer for the Planet?

Upon arrival, participants were welcomed by the Open Streets team and given the chance to choose a sticker describing their mode of travel that morning; sparking a conversation which would permeate the rest of the session. How are we moving around our city?

Many familiar faces were in the room, and it seemed it was a reunion of sorts during the first 20 minutes of coffee and networking. Our moderator for the day, (also an Open Streets Co-founder and Board member) Dr Lisa Kane, welcomed the group formally and outlined the order of the day. Our goal in hosting this gathering is to "bring even more energy and creativity into these spaces...to help re-energize and re-motivate the transport sector" she stated.

Our keynote speaker, Yolisa Mashilwane, who leads the public policy unit at Uber South Africa, took us through the journey the popular transport app has taken since its foundation in 2010 and the different products it is bringing to the market. The South African market is growing faster than San Francisco, Paris and London, partly because of our challenges in public transport, she stated.

Pre-empting the criticism that Uber does not ultimately reduce the number of cars on the road she said, "The truth is that's how we started, [but] that's not where it's at right now." New products include UberHOP and UberPool, which aim to maximise trips per vehicle by planning predictable routes and linking up those doing similar journeys respectively.

Yolisa highlighted the need for policies to evolve as smart cities become more multi-modal, integrated and information-driven and concluded that as a strong proponent of public spaces, public art, and public transport, she believes in the potential of Uber to optimise how we move around and enjoy our cities.

After the keynote speaker, the response panel was kicked off by Louise Naud, who leads WWF's work in the transport sector. In her presentation, Louise put forward the argument that for transport to be a game changer two dimensions require transformation: the economy and equity. On one hand, transport, in its current form, costs cities a great deal in terms of productivity, health and the environment (in the form of carbon emissions); on the other, it is clear that a large portion of the responsibility lies with private cars which can be narrowed down to higher income brackets. In South Africa, as is the case in many cities of the Global South, car ownership is aspirational." The minute people can afford it, they get a private car," she stated. The challenge is, therefore, to give connected access to those who are trapped in their neighborhood within the radius they are willing to walk without triggering a bigger emissions problem for the city.

Louise spoke about the need to "reduce, shift and improve." While technological advances are helping to provide a wider gamut of options, and shifting our movement around the city might be aided by Uber, technology alone will not provide solutions for all economic classes. Louise reminded the floor that ultimately, "we must reduce how much we travel while remembering the vast majority of people don't travel anywhere most of the time". Louise concluded by mentioning the concept of social transport through which people and communities solve transport challenges together by sharing solutions such as school lift plans, car-pooling, peer-to-peer car hire, etc.

The next speaker was Jeremy George from Appsafrica Advisory who argued that technology can help address the transport carbon emissions challenge. Jeremy outlined some examples of apps that have grown market share in the transport sector and highlighted the benefits they provide in terms of easy access, convenience and most importantly trust. In a comparison to Airbnb, Jeremy highlighted the great value we derive from being able to connect with others through such platforms in a safe way. He envisioned the role of transport apps as a way to help people interrogate their behaviour. He concluded that live feedback on one's journey can help us check whether walking, cycling or public transport might at times be a better option than driving our private cars.

The panel came to an end with Dr Martine Visser, from UCT, who specialises in behavioural economics. Dr Visser outlined the reasons people behave in certain ways and pointed out that unlike what we are told, people are not always rational beings. Behavioural economics challenges some of the mainstream economic notions by drawing a lot of information from economics in terms of the useful things like demand and supply, but incorporating a lot of insights from psychology, anthropology, neuroscience, etc. In speaking about what motivates people, Dr Visser alluded to the issues of safety and trust mentioned by other presenters and the importance of designing those behavioural nudges accordingly. Today"s idea of giving people stickers for walking, cycling or car-pooling is an example of rewarding the desired social behaviour. "Most of you will think about how you travel to the next gathering", she said.

During the Q & A section, a wide array of issues were posed to the speakers. They ranged from the specifics of data collected by Uber and other apps to understand their customer base, to the need for making such transport data available to the public. Several of the questions addressed particular Uber developments; namely the recent move to cash payment and the risk of competition by UberPOOL with public transport; nevertheless, most of the queries from the floor highlighted the interest by participants in understanding how behaviour change can be brought about in the transport sector. In addition to the strategic decisions around market segmentation and their respective motivations (whether they are financial, environmental or practical); the conversation highlighted that in South Africa, issues of safety and economic equity must be at the forefront of this conversation. For some it was clear that technology is not enough in a city where few people have access to transport and therefore economic opportunities, and where safety concerns may pose an additional barrier of entry. Notwithstanding, most seemed eager to entertain ideas that could meet local needs by maximising what transport technology offers; namely, networking, trust, safety, and accessibility. One participant went so far as to suggest perhaps we should create a citywide point-system that can reward those who walk and take public transport in a financial way.

The last part of the event was facilitated in three separate small groups, each tasked to address a specific set of questions. The Public Transport" Hub looked at how tech could improve public transport experience for commuters; the Future of the Car Hub discussed the role of the car in the future of urban transport in general, and in particular, whether car-sharing apps are a game changer. Finally, the Active Mobility Hub discussed ideas about behaviour change in order to lower carbon emissions in Cape Town and the barriers that need to be addressed.

A list of ideas was developed by each group and discussions continued over lunch. Feedback surveys filled in by participants outlined a strong interest in building on this first gathering and organising similar activities that could provide an opportunity for networking and for experiential learning. Watch this space! 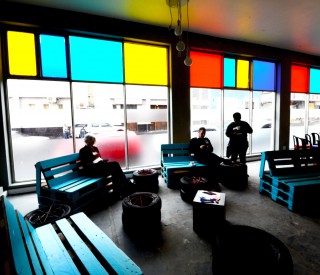 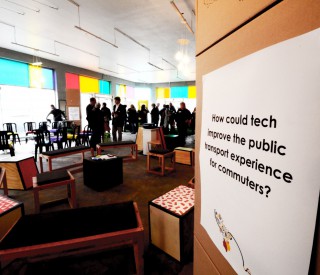 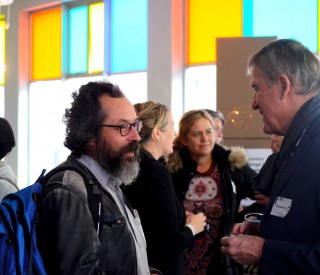 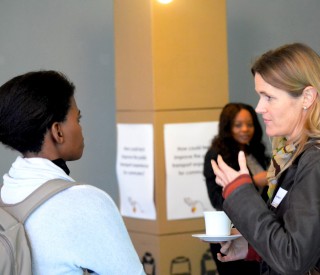 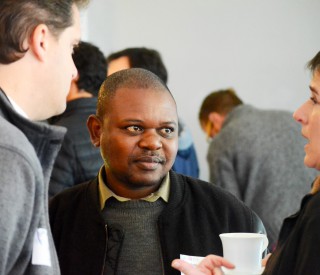 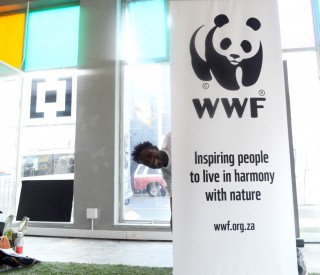 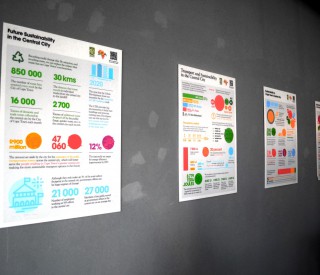 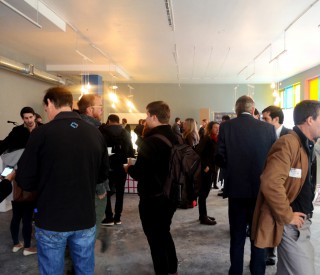 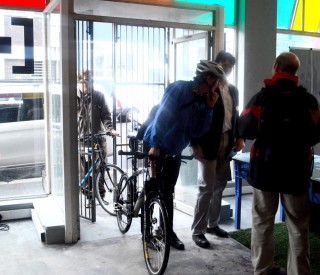 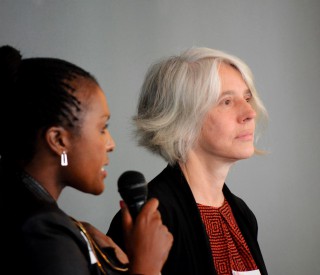 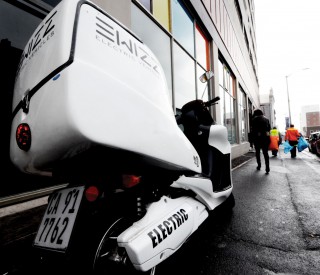 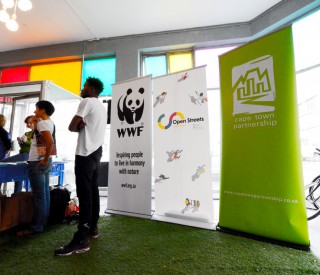 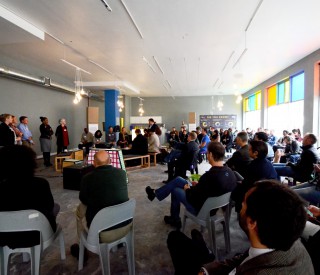 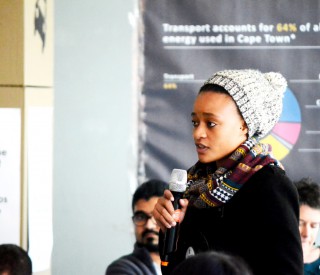 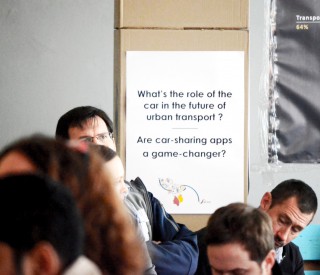 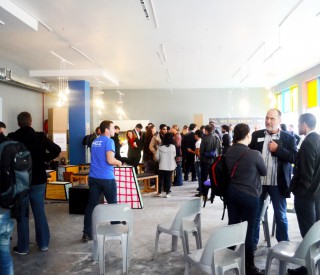 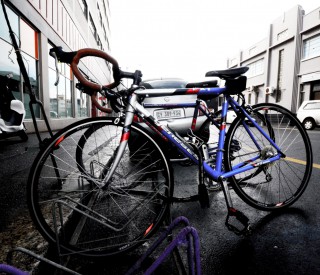 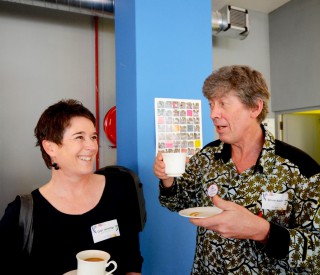 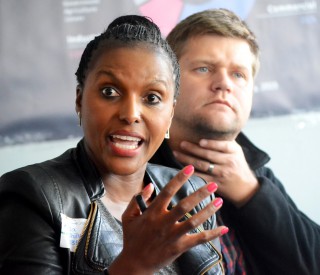 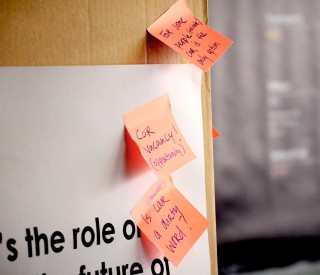 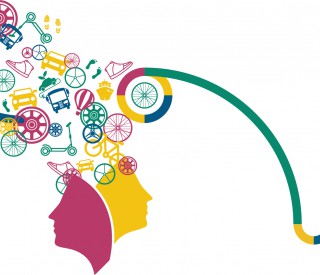 On Tuesday 24 May, OSCT will host our first Gathering of Transport Minds to discuss low-carbon transport solutions for cities...
Read more