B4: Bench, Bin & Blomme for Bellville

The story behind our recent B4 campaign to unearth valuable insights about human behaviour in public space... 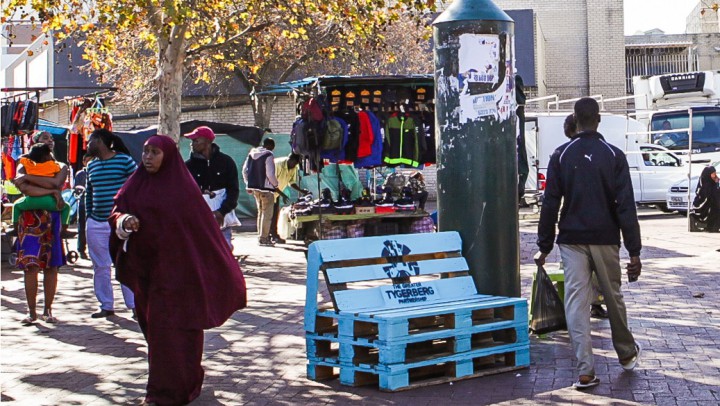 Walking down Kruskal Avenue is a vivid experience; whether you are coming from or to the train station, you are bound to find yourself caught up in the sounds, movements and sights that can only be found in the heart of the Bellville CBD.

In October 2015, in collaboration with the Greater Tygerberg Partnership (GTP), Kruskal Avenue became Open Streets one Sunday morning and the place was completely transformed, with children and adults alike playing on the street. This year, we have deepened our relationship with the GTP by trying out a slightly different experiment on Kruskal Avenue, in line with the lighter, quicker, cheaper tactical urbanism concept. This short-term project is not designed to be permanent or long-lasting, but rather to feed on-the-ground knowledge into the formal processes of planners and designers currently working on an upgrade of the street.

Entitled the B4 Campaign (Bench, Bin & Blomme for Bellville); the idea was to test a simple formula that we hoped would unearth valuable insights about human behaviour in public space. Conceptualised by our Board members and urban creative minds, Rory Williams and Marco Geretto, we would place a bench, a bin, a light and a vertical garden in key locations and then watch peoples interactions with these objects and movement around the space.

With input from GAPP architects and UCT, the OSCT team began to monitor the space in May 2016 before any of the furniture was put in place. The mission was to establish how people used the space given the existing conditions as well as identify locations for the installations. While this first observation period was short, some interesting dynamics became apparent. As Rory noted, Urban design theory might provide guidelines for what kinds of space will work in creating positive spaces, but there are clearly spaces that do not meet recommended design criteria and yet attract people for one reason or another. In the case of Kruskal Avenue, traffic bollards double as seating, with people often sitting on, or leaning against, them; municipal fixtures, such as electrical or Telkom boxes, are the perfect size to lean against while waiting for a friend or talking on the phone; and the palm tree on the roundabout at Cross Street is an easily identifiable landmarks for a rendezvous.

We spent a few more days watching, taking notes, plotting those observations on maps and at times concluding that some of the information was not very useful after all.  We chose three different locations, and also now have an indication of where everyone eats, smokes and talks on the phone at any given time on a Wednesday along Kruskal Avenue!

The next step was to set up the benches. The first big lesson in that regard was the realisation that benches are not so cheap to hire or readily available. It is often said that necessity is the mother of invention, and our scrambling for options bore some fruit. Fortunately, we work in a building, 75 Harrington, where we are surrounded by creative and innovative minds. In little time, we managed to set up shop with a couple of our neighbours (Ja Ja Consulting & Bonga Jwambi Product Design) to upscale some wooden pallets that had been generously donated (by Combo Timbers). With a bit of genius design by our Operations Manager, Rebecca, we created six benches! The bright blue paint not only covered rough spots of the wood, it fit perfectly with the GTP's brand.

The bins were a little easier; instead of re-inventing the wheel and spending more resources, we thought it would be great to highlight existing bins. We were pleased to see the blue benches were nicely matched by the City's green bins.

The final and most entertaining step was the planting of the vertical gardens. Originally, we thought they would go on the wall of one of the nearby businesses, but the wooden pallets opened up a whole new window of opportunity and we decided to use them to make vertical planters that attach to the back of the benches. Luckily for us, and thanks to our network, we came across The City of Eden team, who specialise in using pallets to create urban gardens. On Friday 25 May, bypassers and people who work in the area were invited to join our team and take part in the planting day. Pallet gardens were erected in the three locations and observations continued. A special thanks must be given to the VRCID team who have been incredibly helpful with logistics throughout the project.

The biggest surprise was arriving one morning to discover that one of the benches had been moved from its original location 350m up the road to join a bench in one of the other locations. This mystery was eventually partially solved, but raised some fascinating questions about who was responsible and what encouraged them to take this initiative.

By the weekend, all benches, bins and gardens were still intact and people seemed to be using them. We have now entered the final week of the experiment and shall see what changes take place on the ground. Some of the benches have been moved again and we have seen a dynamic level of usage. Whilst these benches are relatively sturdy and will survive being played around with, the gardens are the real test. Will people look after them or will they wilt and die by the time we check them out on the final day of the experiment? Only time will tell and of course you can always have a look yourself and let us know. For now, watch the official video to find out more: 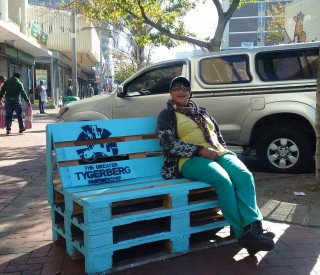 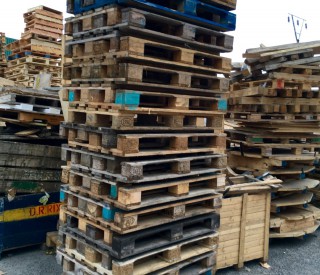 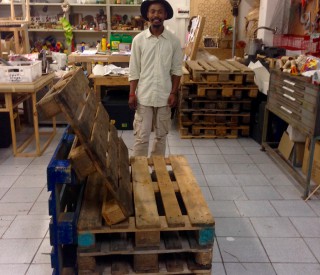 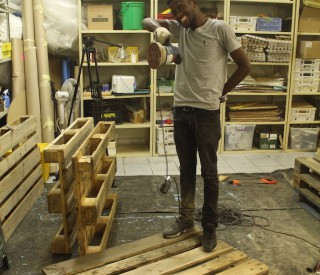 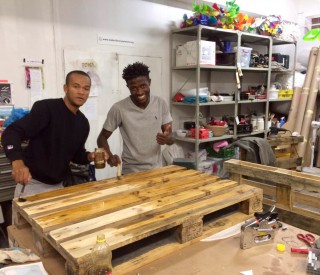 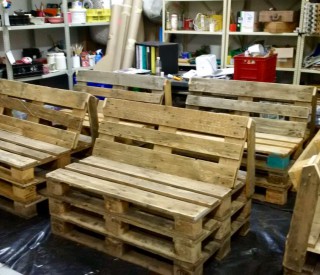 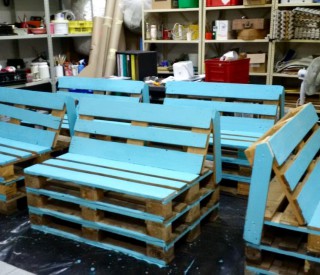 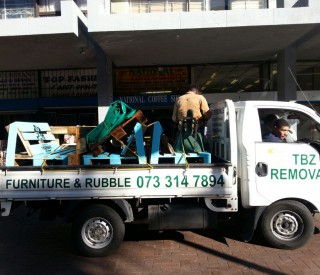 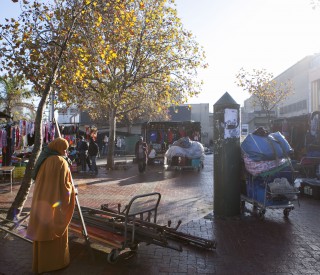 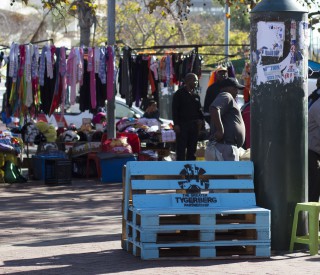 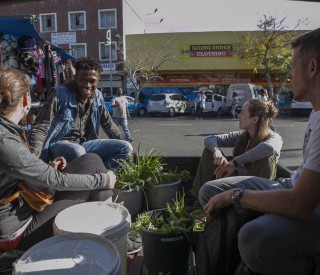 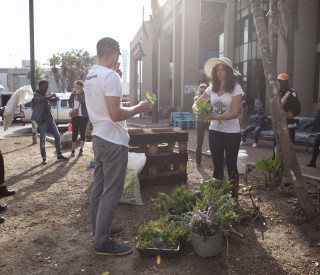 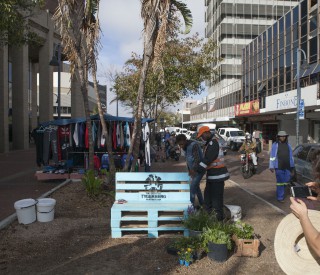 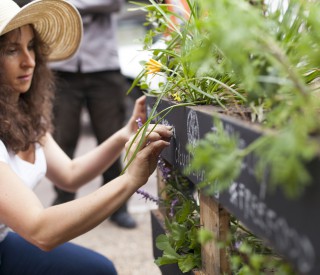 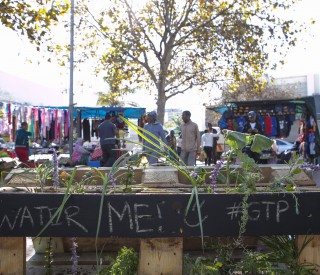 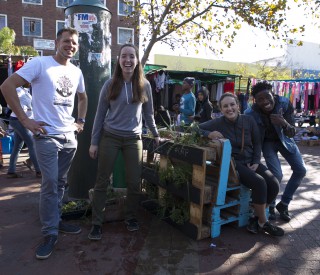 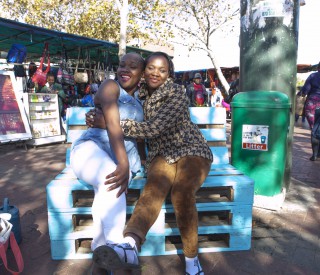 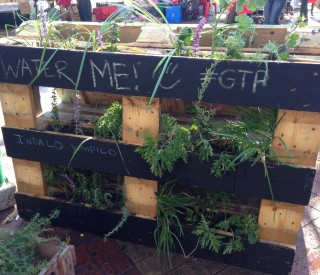