Advocacy: What is the future of shared mobility in Seapoint?

Open Streets Cape Town statement in response to a City of Cape Town report recommending the restriction of bicycles on the Seapoint Promenade. 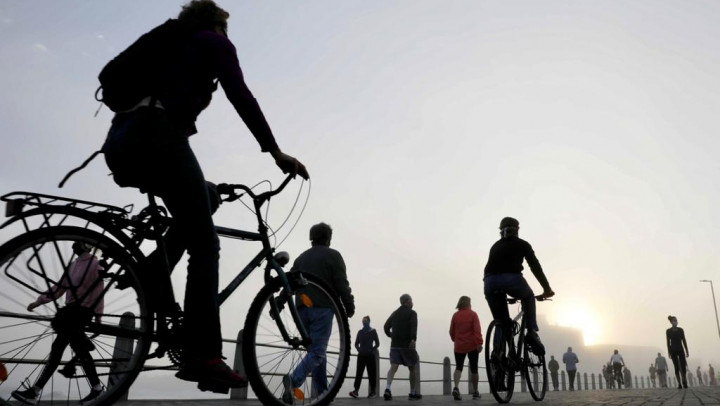 As Open Streets Cape Town, we attended the monthly Transport Portfolio Sub Committee meeting on Thursday 5th August, open to all councillors and members of the public.

In the course of trying to access the digital meeting link, we discovered that the City of Cape Town online meeting booking system was non-operational and have flagged that for repair, so that all meetings open to the public can be published on their website an indeed open to the public.

There were a number of reports tabled at the 4hr session that were of interest, including feedback on street flooding and the City of Cape Town's Winter Readiness Program response. We were particularly interested in the Atlantic Seaboard NMT investigation report and how this had progressed. This motion was lodged in January 2020 by local councillor Nicola Jowel in her efforts to support the creation of a safe and continuous activity corridor from the V&A Waterfront to Camps Bay. It is worrying that this broader-based request to increase and unlock non-motorised mobility along this popular route devolved into a myopic study of the conflict between mobility modes along a short portion of the intended NMT corridor.

With regards to the content of this somewhat tangential report, Open Streets Cape Town had already lodged strong objections to the draft version in early July when presented at the Integrated Transport Planning Committee meeting which we attend as mobility stakeholders. At the presentation of the draft report, we commented in the meeting as well as objecting via email with regards to the exclusion of stakeholder engagement (outside of City Officials and Councillors) in addition to raising a number of concerns with regards to the hyper-focus of transport officials on predominantly city-bowl based NMT projects. We appealed to the City to undertake a more considered observation period for this particular project before making final recommendations for this space (again problematically not holistically considering the whole corridor), which fluctuates greatly in usage and interaction dependent on time, weather etc. For example, the number of people with disabilities (logged in the 12hr study period on which recommendations are made) are only people who are judged to be disabled by researchers through their observation, not through engagement or interaction. Additionally, it is worth noting that the parallel stretch of Beach Road (an unprotected zone for cyclists) is one of the highest car/bicycle collision zones in the metro. A holistic approach is paramount to ensure safe travels and ensure that recommendations do not create even more unsafe outcomes for residents.

We received responses to our emailed objections from the Speaker of Council, Ald Felicity Purchase and David Gretton (Executive Support to the Acting Mayco of Transport, Dan Plato) to say these issues would be responded to by officials. No substantive feedback was received nor appears to reflect in the final report presented to the Transport Portfolio Committee.

Each of the reports presented during the course the Transport Portfolio Committee session, prior to the NMT report, were put forward as complete findings. There appears to be no voting procedure or veto procedure at the conclusion of each agenda item. Presentations are simply put forward “for noting” and it is not clear how questions or objections by those participating would be incorporated to shift outcomes. The reports presented in this session circulate broadly and are already available for download to the public before the session. They exist outside of the minutes of this session and so any reader of a published report would never know that, for example, there was a strong objection by the Local Councillor.

We commend Councillor Jowel for objecting to the recommendations tabled in the session and requesting that officials revisit the outcomes. She appeared to be as shocked as we were to discover that after a huge expenditure of time and resources in the creation of this study, the conclusion was that forms of mobility simply be banned. The recommendation by the consulting traffic engineers that authored the study was for a restriction of bicycles for the majority of the day, as well as all powered devices being restricted outright for a period of 12 months. It is not clear if mobility devices such as powered wheelchairs or aids have been considered.

And so, the original request to investigate a solutions-based approach to grow cycling and increase non-motorised transport opportunities to activate the Atlantic Seaboard has resulted in a (what appears as final) recommendation that is contrary to a number of City of Cape Town mobility, resilience and environmental policies, in addition to lacking a holistic or participatory approach to mobility in the neighbourhood.

Subsequent to the meeting, the already publicly available reports and the final recommendations were shared via social media by stakeholders and mobility advocates. This created quite an uproar, and rightly so. A number of businesses and residents who rely on this space for their livelihoods have had no engagement on the matter prior to this set of “expert recommendations" signed off by the Director of Transport. In response to the social media commotion, the City of Cape Town has issued a statement assuring blindsided residents and stakeholders that a more comprehensive public participation process will be undertaken before these recommendations are finally accepted. It is not clear what this process is, would manage it, and who signs-off on possible mobility restrictions. It is presumably the Department of Recreation and Parks as the promenade is zoned as Public Open Space and not a transport space at all. It is not clear how this department has been engaged with thus far and there was no representation by this department in the discussion we witnessed where final recommendations were tabled.

We are pleased that active citizenry and a degree of outrage has resulted in "winding back the clock" to consider a more holistic and shared people-space in a more consultative and people-focused manner. This was undoubtedly the original intent of the January motion to extend the joy and multi-use asset that is the Seapoint promenade.

Outside of the merits of this particular issue, Open Streets Cape Town will continue to work with government officials and councillors to ensure a fair and democratic process in the the making of mobility spaces. It cannot be that people in power can run away with ideas that affect the lives of citizens without discussion.

It cannot be that the opinions of citizens are excluded because the issues are "too technical” or that participation processes happen as after-the-fact objections rather than a co-creation of ideas. We continue to offer our support to local councillors in particular, who would like to engage in creating improved spaces for walking and cycling in their wards, for their constituents.

We look forward to working on the resolution of this issue and continuing to ensure the creation of shared mobility spaces in a creative and inclusive manner.

We thank the local councillor for inviting us into this process as well as for her initial motion to create safer spaces for people outside of cars to connect neighbourhoods of our city.

If you have any questions or comments with regards to this issue, please email us at info@openstreets.co.za